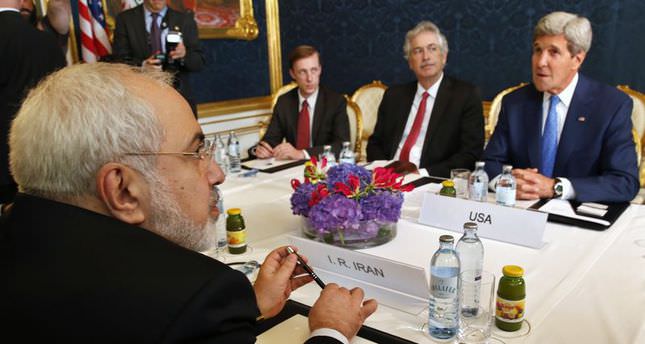 by AA Jul 15, 2014 12:00 am
The ongoing nuclear talks in Vienna between Iran and international negotiators have made "important progress" but "serious gaps" remain between the two sides, a White House spokesman said Monday.

Negotiations between Iran and the so-called P5+1 have agreed on some key issues, but they have not reached a permanent agreement because "important distinctions" remain, White House spokesman Josh Earnest said. The term P5+1 refers to the five permanent members of the UN Security Council -- the U.S., Russia, China, the U.K. and France -- plus Germany.

He said the talks had succeeded in de-escalating tensions.

But he said it was possible that a permanent agreement that was set to be signed by July 20 would be postponed. He said U.S. Secretary of State John Kerry, who met Sunday with his Iranian counterpart, Javad Zarif, would brief President Barack Obama on the latest developments.

Under a deal reached in Geneva on November 24, 2013, Western countries agreed to provide Iran with some sanctions relief in exchange for Iran agreeing to limit certain aspects of its nuclear activities. The negotiations may be extended for six months if the two sides do not reach a permanent agreement by July 20.