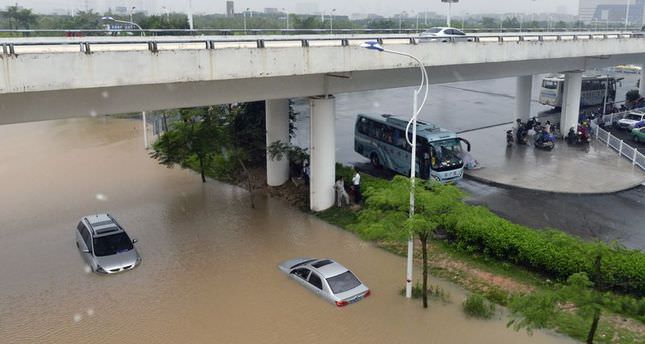 by AA Jul 18, 2014 12:00 am
The death toll from the heavy storms and ensuing floods and landslides in southwest and central China has risen to 34, with 21 people missing, according to officials announced.

More than 9 million people have been affected by the downpours that have wreaked havoc in the provinces of Guizhou, Hunan, Jiangxi, Hubei, Sichuan, Yunnan, Anhui and the municipality of Chongqing since July 10, and the estimated cost of the damage went up to $839.8 million, China's Ministry of Civil Affairs said.

The rains began Sunday night and lasted throughout Wednesday.