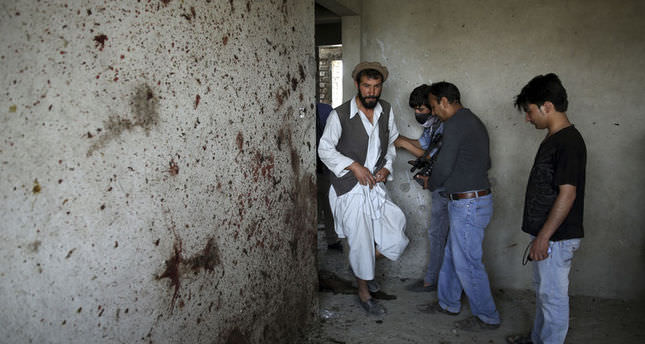 by Jul 18, 2014 12:00 am
Two people, including a Taliban militant, were killed Friday and 14 others injured after an apparently accidental explosion in eastern Afghanistan, an official said.

"An enemy of the people was carrying a bomb on his motorbike, but it exploded on the way in Mehtarlam city," said Sarhadi Zwak, spokesman for the governor of Laghman province.

The bomber and one civilian nearby were killed, Zwak said.

Taliban sources have not commented on the incident, but the group has intensified attacks in different cities in Afghanistan.

On Tuesday, a suicide bomber killed at least 42 people in a crowded bazaar in Paktika province.