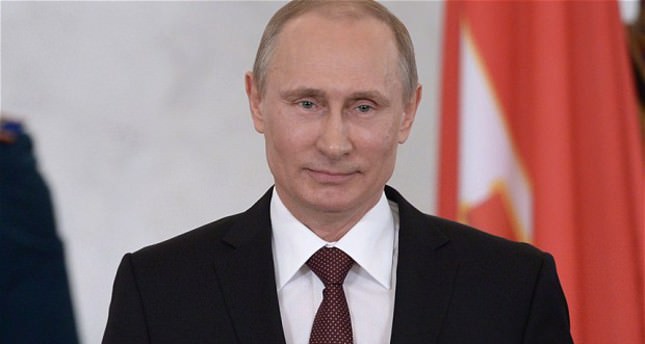 by Aug 04, 2014 12:00 am
Russia's President Vladimir Putin will host talks this week between the leaders of Armenia and Azerbaijan in a bid to quell a surge of violence over the disputed Nagorny Karabakh region, Moscow said Monday.

At least 18 Azerbaijanis and ethnic Armenians have died in recent days in the most serious bout of hostilities over the breakaway region in two decades.

Speaking to the state news agency ITAR-TASS, Lavrov said the meetings would take place at "the end of the week".

"How this will be organised will depend on the leaders themselves," he said. "Both sides perceive the conflict rather emotionally."

Armenia announced at the weekend that Sarkisian would meet Aliyev in Sochi but did not elaborate.

The most recent casualty, a 40-year-old soldier, was killed in the region Monday after being shot by an Azerbaijani sniper, according to the Armenian defence ministry.

International mediators Russia, France and the United States, which have for years tried to broker peace between the two countries, have expressed concern over the violence.

Despite years of negotiations since the 1994 ceasefire, the two sides have yet to sign a peace deal.

Energy-rich Azerbaijan has threatened to retake Nagorny Karabakh by force if negotiations do not yield results, while Moscow-allied Armenia has vowed to retaliate against any military action.

Armenia said Monday that the latest increase in violence was unlikely to lead to a return of large-scale hostilities in the region.

"The situation at the frontline is tense. No doubt our neighbours can at any moment stage a provocation which can develop into a war," Armenian defence minister Seyran Ohanyan told reporters.

"But today we are doing everything to lower tensions. The analysis of the past days shows that today there is no grounds for wide-ranging actions on a global scale so far."

He added that volunteers, who fought in the Karabakh war in the 1990s, had gone to the frontline to "encourage our soldiers".