One US soldier killed, 15 wounded in Kabul attack: official 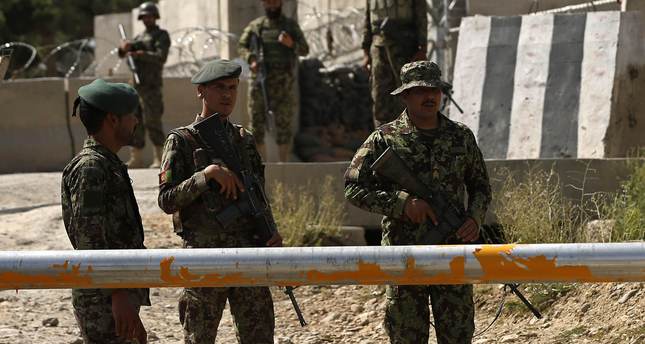 by Aug 05, 2014 12:00 am
A US soldier was shot dead and 15 others were wounded Tuesday at a military base in Afghanistan, an official said, with one report identifying the shooting victim as a major general.

Unnamed sources said that the gunman killed a major general in what would be the highest-level fatality in the 13-year US war in Afghanistan.

A US official confirmed that one American was killed when a man in an Afghan military uniform opened fire at the British-run academy but declined to comment on the identity of the victim, other than to say that he was a US serviceman.

The official said that some of the injuries were serious as the gunman shot at fairly close range.

Officials in Kabul earlier said that three Afghan officers were wounded. The total number of foreign casualties was not immediately clear.

Afghanistan has witnessed a series of "insider attacks" against Western forces, although officials say many incidents result from personal grudges and cultural misunderstandings rather than Taliban insurgent infiltration.