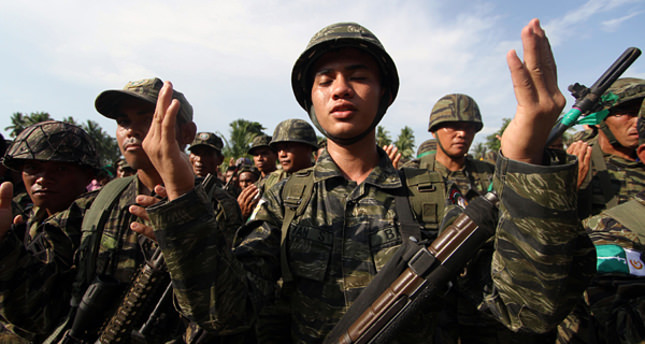 by Aug 07, 2014 12:00 am
An historic peace settlement in the southern Philippines is at risk of breaking down as Muslim rebels accuse the government of going back on its word over a proposed law to create self-rule for the wartorn region. The two sides, who signed the deal in March to end nearly five decades of conflict, are holding urgent talks this week to try to iron out the unexpected obstacles to what had been seen as one of President Benigno Aquino's landmark successes.

A breakdown would risk a return to violence and a blow to hopes for an economic revival for resource-rich Mindanao island as potential investors in sectors such as agriculture and mining wait on the sidelines for the peace deal to be implemented.

Large companies such as food processor Del Monte Pacific Limited, which has a pineapple plantation in Mindanao, had said they were considering expanding operations after the deal. But most major foreign companies have held back pending evidence of a lasting settlement.

Iqbal's comments to Reuters are the first public indication that the agreement is close to collapse. Iqbal said about 70 percent of the nearly 100-page draft "Bangsamoro" law was either deleted or revised by Aquino's lawyers, who reviewed the document for two months after it was submitted in late April for vetting. A copy of the revised legislation seen by Reuters showed entire sections of articles on territory, resources, and government structure had been deleted or revised.