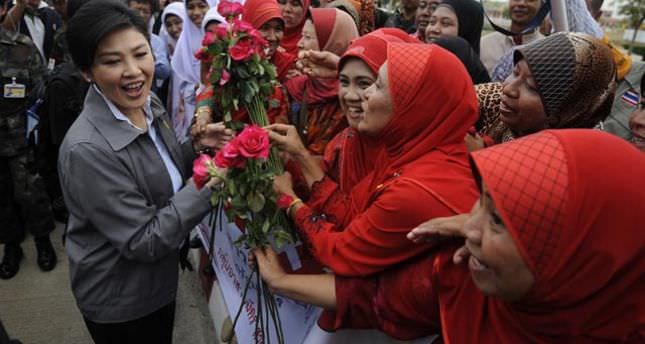 by AA Aug 14, 2014 12:00 am
More than a year after previous talks stalled due to Thailand's political crisis, the military has announced it will attempt to restart a peace dialogue with insurgents in the country's Muslim-majority south who are demanding political autonomy. The bitter conflict, rooted in historical distrust between Malay Muslims and Thai Buddhists, has killed over 6,000 people and injured around 10,800 since January 2004.

National Security Council Secretary-General Thawil Pliensri declared over the weekend that the talks with southern rebels would reconvene before the end of this month, in agreement with the junta. The dialogue was initially started in March 2013 by then Prime Minister Yingluck Shinawatra's civilian government, but was suspended last December as massive anti- government protests paralyzed the capital.

Since the May 22 coup, the junta has installed a series of reforms aimed at bringing together the two quarrelling factions - the Red Shirts (opponents of the military and bureaucratic establishment) and the Yellow Shirts (ardent royalists opposed to the governments of Yingluck and the elder brother of former Prime Minister Thaksin Shinawatra) - before new elections are held in October of 2015.

It now appears to be turning its attentions to the south. Although southern Thailand's armed insurgent groups are yet to formally respond, analysts talking to the Anadolu Agency doubt the new dialogue's ability to bear fruit under present conditions. "I am not optimistic. It is, of course encouraging, that the military talk about the perspective of peace through a dialogue, but it is not apparent yet what kind of concessions they are ready to make," Matthew Wheeler, an International Crisis Group (ICG) expert on the southern conflict told AA.

The deep south - the provinces of Pattani, Yala and Narathiwat as well as a part of Songkla province - was an independent sultanate until the 19th century, and was only formally annexed by Buddhist-majority Siam (Thailand's previous name) under the terms of a 1909 Anglo-Siamese agreement. Eighty percent of the population, however, remains Muslim, maintaining Malay as its first language.

The insurgents argued during the previous nine-month dialogue that with such a strong historical claim and the area's continuing Muslim identity, political autonomy should be a key element of any potential settlement. But the junta has clearly indicated that any such movement would be considered an unacceptable violation of the "territorial integrity" of the country.

Rungrawee Chalermsripinyorat, an independent analyst who has been studying the southern issue for over 10 years, underlined the importance of autonomy to the insurgents. "Political autonomy is the main issue. Otherwise, there is nothing to talk about," she said. "[But] the military and the establishment still maintain their focus on 'Thainess,' saying that unity must prevail. They are even reluctant to accept Malay as a working language in the south, let alone an official language."
Last Update: Aug 14, 2014 12:23 pm
RELATED TOPICS