Six killed in clashes with Taliban and Afghan forces 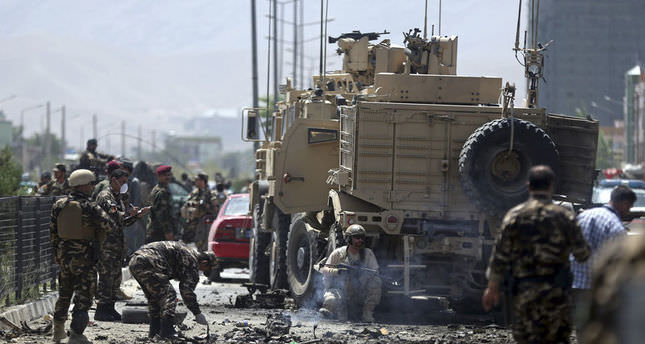 by AA Aug 17, 2014 12:00 am
Gunbattles between Taliban insurgents and security forces have killed six people in the northern Afghan province of Faryab, officials said Sunday.

Abduljamil Siddiki, district governor of Kaysar, said the clashes erupted when the militants attacked a police convoy heading to Maymana, the center of Faryab.

Coming to prominence in Afghanistan in early 1990s, the Taliban movements have been waging a war against the Afghan and Pakistani governments as well as foreign forces deployed in Afghanistan.

They were virtually in power in Afghanistan from the mid-1990s to 2001, when a U.S.-led invasion toppled them. Following several years of decline, the group has resurfaced as a formidable center of insurgency against NATO-backed foreign troops and the government in Kabul.

Afghanistan security forces have launched a large-scale operation to combat the insurgency.