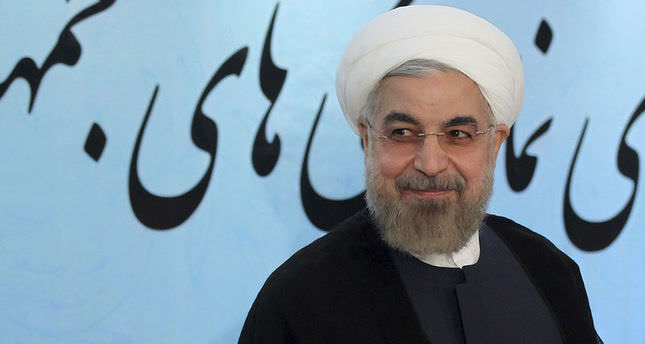 by Aug 17, 2014 12:00 am
U.N. nuclear agency chief Yukiya Amano began talks in Tehran on Sunday with President Hassan Rouhani and other senior officials to push for progress in a long-running investigation into Iran's suspected atomic bomb research.

Amano's trip comes ahead of an Aug. 25 deadline for Iran to provide information relevant to the International Atomic Energy Agency's (IAEA) inquiry into what it calls the possible military dimensions of the country's disputed nuclear programme.

The issue is closely tied to high-profile nuclear negotiations with six world powers aimed at resolving the decade-old standoff over Tehran's atomic activities, suspected by the West of having military objectives.

Amano arrived late on Saturday on his second visit to Iran since the election of Rouhani. Though Tehran rejects the West's suspicions about its nuclear programme, it has promised, since pragmatist Rouhani became president in mid-2013 to work with the IAEA to clear them up.

No details have emerged from the IAEA chief's meetings with Rouhani or Foreign Minister Mohammad Javad Zarif, who leads Iran's negotiating team with the world powers - the United States, Britain, France, Germany, Russia and China.

"Mr. Amano's previous visit was too short to allow for a meeting with President Rouhani, so it has been arranged now in order to convey the Islamic Republic's expectations to the IAEA at the highest levels," Iran's ambassador to the IAEA, Reza Najafi, was quoted as saying by official IRNA news agency.

With major gaps remaining over the permissible future scope of Iran's uranium enrichment programme, the talks between Iran and the world powers in mid-July were extended until Nov. 24, and a final deal is far from certain.

Rouhani's eagerness to end the nuclear standoff as part of an effort to salvage the country's sanctions-hit economy has been hampered by Islamic hardliners' opposition to any major concession to the West on the nuclear file.

They were among 12 specific areas listed in an IAEA report issued in 2011 with a trove of intelligence indicating a concerted weapons programme that was halted in 2003 - when Iran came under increased international pressure.

The intelligence also suggested some activities may later have resumed.