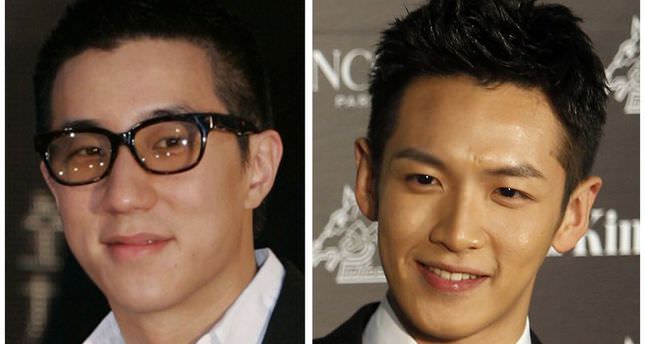 by Aug 19, 2014 12:00 am
The son of Hong Kong kungfu movie star Jackie Chan has been arrested in Beijing for drug use, police said on Tuesday, the latest celebrity ensnared in a nationwide crackdown on narcotics.

Actor and singer Jaycee Chan, 32, tested positive for the marijuana on Monday, state media reported, and police found 100 grams of the drug at his home.

Chan and Ko were arrested in central Beijing after police received a tip-off from residents, the state-backed Global Times reported.

The use of drugs in China, particularly synthetic drugs like methamphetamine, ketamine and ecstasy, has grown along with the rise of a new urban class with greater disposable income.

Jackie Chan's management company, M'Stones International Corp, issued a statement on behalf of Jaycee saying it was standing by him.

Action and comedy star Jackie Chan, 60, served as a goodwill spokesman for the China National Anti-Drug Committee in 2009, state media reported. In that role he promoted anti-drug education.

China has detained more than 7,800 suspects on drug-related charges this year, up 72 percent from a year earlier, Xinhua reported.

Foreign and Chinese patrons of Dos Kolegas, a popular Beijing bar inside a drive-in movie theatre, were spot tested for drugs earlier this month, according to media reports, resulting in several being detained.

State media has frequently referred to drug use as a form of moral corruption that is damaging to society. China's government had successfully quelled the spread of drugs, particularly opium, since the Communist Party took power in 1949. But the past several years have seen a resurgence in drug use.

Last week, a group of 42 entertainment management firms said they had signed a deal with Beijing police that they would not work with celebrities who used drugs, the state-owned Beijing News reported.

China has detained a string of other mostly B-list celebrities in recent months on drug-related charges, cases that have been publicised widely in both state and social media.