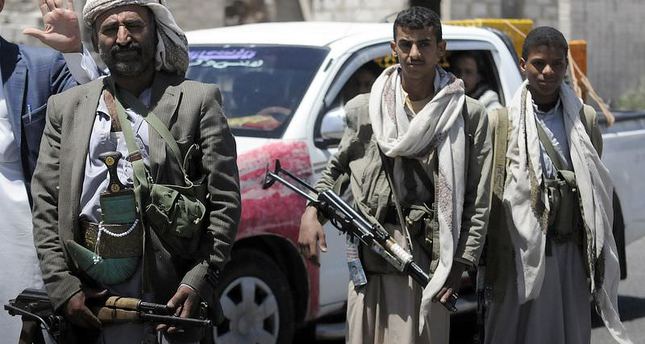 by AA Sep 21, 2014 12:00 am
Houthi militants on Sunday seized control of the Yemeni Defense Ministry headquarters in central Sanaa as well as other military and civilian facilities.

The ministry fell into Houthis' hands shortly after they had seized, without clashes, the headquarters of the armed forces command in central Sanaa, eyewitnesses told Anadolu Agency.

They said they had seen trucks carrying away arms seized from the command headquarters under heavy guard from Houthi militants.

Interior Minister Abdo Hussein al-Tareb, meanwhile, asked force forces in Sanaa not to fight Houthis and cooperate with them in maintaining security in the capital, the ministry's media center said.

The Houthis had also controlled the headquarters of Yemen's Central Bank, which is located in Sanaa's Tahrir Square area, without clashes with its guards, eyewitnesses said.

Yemen has been dogged by unrest since a popular uprising that began in 2011 ousted longstanding president Ali Abdullah Saleh one year later.
Last Update: Sep 22, 2014 8:57 am
RELATED TOPICS