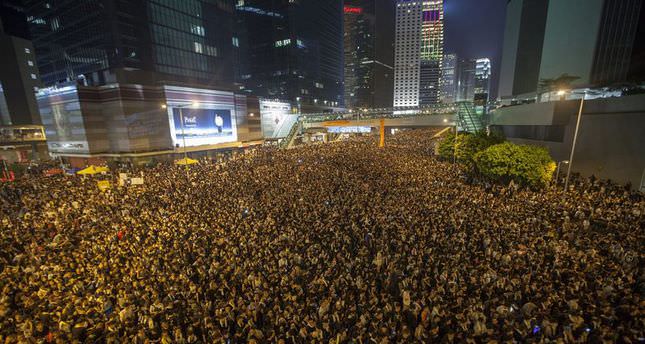 by Associated Press Sep 29, 2014 12:00 am
The White House is urging authorities in Hong Kong to show restraint with pro-democracy protesters.

Police have used tear gas and other methods to try to control the demonstrations that have paralyzed the city's financial district.

The protesters are unhappy that Beijing has rejected open nominations for candidates for the first-ever elections for Hong Kong's leader, promised for 2017.

Earnest says the United States believes the legitimacy of the office will be enhanced if they are given a "genuine choice of candidates." Earnest says Hong Kong needs an open society with the highest degree of autonomy.