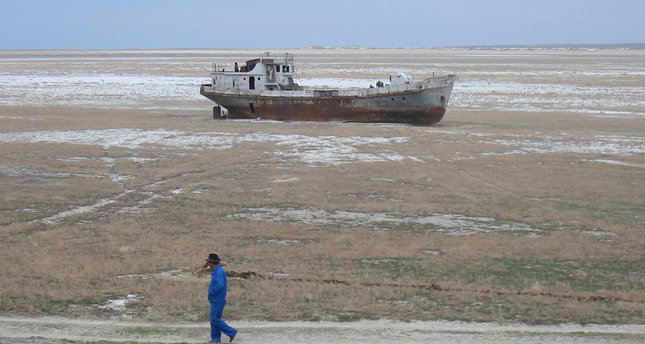 by Daily Sabah Sep 30, 2014 12:00 am
Once the world's fourth largest lakes, the eastern basin of the Aral Sea in central Asia has shrunk completely. The disappearance of the lake, lying between Kazakhstan and Uzbekistan, is "one of the planet's worst environmental disasters", according to environmentalists.

Lakes and seas drying up completely around the world is not unusual, partly as a result of global warming, but the Aral Sea's disappearance is the result of a Soviet-era massive irrigation project for water-hungry crops in the 1960s.

The Soviet engineers' diverting the two rivers flowing into the lake -- Amu Darya and Syr Darya -- turned the lake into a desert. The fishing industry in the region has been also destroyed, bringing unemployment and thereby economic hardship.

The disappearance of the lake has led to local climate change, with winters getting colder and longer and summers becoming drier and hotter, according to reports. 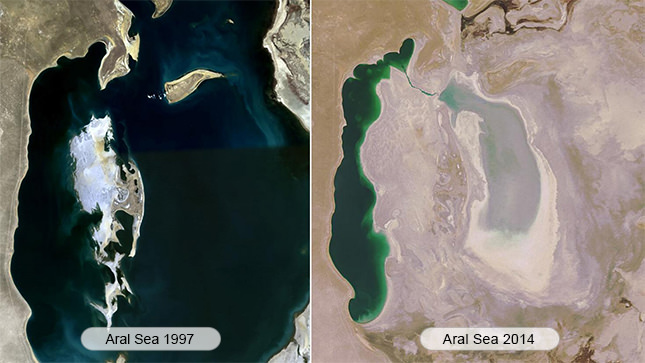