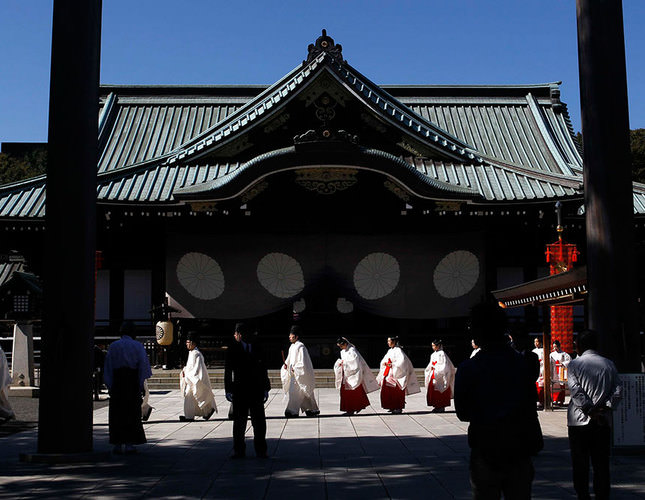 by Oct 17, 2014 12:00 am
Beijing on Friday strongly condemned a visit by more than 100 Japanese lawmakers to a controversial war shrine in Tokyo, saying the move would ratchet up tensions between the Asian giants.

"China would like to reiterate that Sino-Japan relations can only realize healthy and stable development when Japan seriously faces up to and repents of its aggressive past and disassociates itself with militarism," he added.

"We urge the Japanese side to deal with relevant issues in a responsible manner, stand behind the positions and commitments it has made so far over historical issues and win the trust from its Asian neighbors and international community with concrete actions."

The 145-year-old Shinto shrine honors some 2.5 million citizens who died in World War II and other conflicts.

But it is highly controversial because a number of executed Class A war criminals are included, such as General Hideki Tojo, who authorized the attack on Pearl Harbor.

Japanese Prime Minister Shinzo Abe, who infuriated Beijing and Seoul by visiting the shrine in December last year, is thought unlikely to go after he returns home Saturday from an Asia-Europe summit in Italy.

He sent a ritual donation to the shrine instead, media reports said.