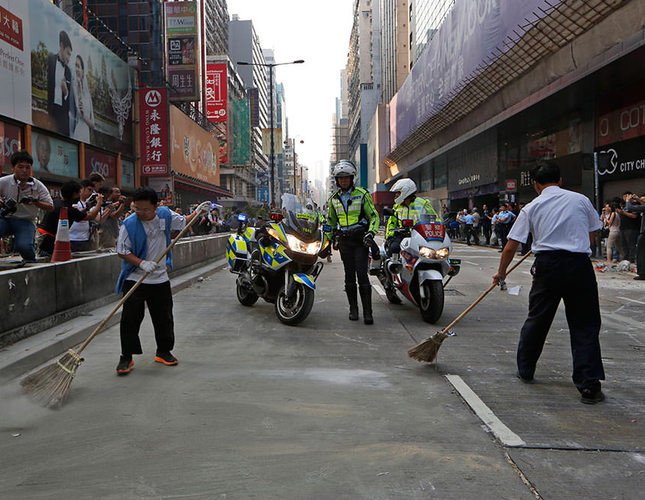 by AA Oct 17, 2014 12:00 am
Hundreds of police have cleared most of the protesters from one of Occupy's main sites in a dawn operation, and traffic is now flowing at the major intersection.

Pro-democracy protesters had occupied the intersection of Nathan Road and Argyle Street in Mong Kok for almost three weeks. But now they continue to occupy just the southbound lane of one of the roads of the intersection.

The clearance followed similar police action at other protest sites in recent days. Police have said their operations are not aimed at clearing protesters, only to remove barricades that pose a danger to the public.

Protesters, numbering around 30, put up little resistance. Mong Kok has been the scene of scuffles between protesters and opposition groups during the almost three weeks of rallies.

Protesters said Friday they would regroup and consider their next step.

They still occupy the main Admiralty site, although in dwindling numbers.