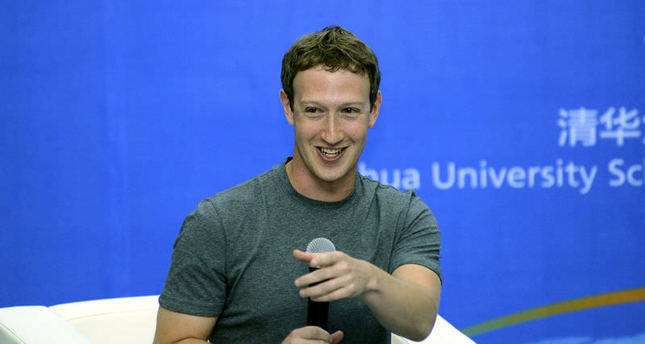 by Associated Press Oct 23, 2014 12:00 am
China may ban Facebook, but not its co-founder Mark Zuckerberg, who entertained an audience of students in Beijing with a 30-minute chat in his recently learned Mandarin Chinese.

There was no explicit discussion of China's ban on the social media site, which has been in place since 2009, though an indirect reference to it drew laughter during the question-and-answer session Wednesday at the prestigious Tsinghua University. Both Zuckerberg and the university posted video clips of the Q&A online.

"Speaking of China, I have a more difficult question for Mark, which I hope will not get me fired. What are Facebook's plans in China?" asked the forum facilitator and Facebook employee Wei Xiaoliang, to the laughter and applause from the audience.

"We are already in China," Zuckerberg said in Chinese, to more laughter. "We help Chinese companies gain customers abroad."

"We want to help the rest of the world connect to China."

Beijing promotes Internet use for business and education but bans material deemed subversive or obscene and blocks access to foreign websites run by human rights and Tibet activists and some news and social media sites.

Zuckerberg visited Beijing this week as a newly-appointed member to the advisory board for Tsinghua University School of Economics and Management. He met Tuesday with Tsinghua President Chen Jining to discuss cooperation in education, according to a statement by Tsinghua.

Zuckerberg's Chinese pronunciation was far from fluent, but he was able to maintain intelligible conversation for a half-hour and the students responded with warm cheers for his effort and laughter at his humor.

Zuckerberg married Chinese-American Priscilla Chan in 2012, and set himself the goal of learning Mandarin in 2010. He said Wednesday that he wanted to learn the language partly because his wife's grandmother only speaks Chinese. He recalled informing the grandmother of the upcoming marriage.

"Priscilla and I decided to get married, so I told her grandmother in Chinese, and she was very surprised," Zuckerberg said.

He said China is a great country and hopes that learning the language will help him learn its culture.

"The Chinese language is difficult, and I speak English, but I like challenges," Zuckerberg said.