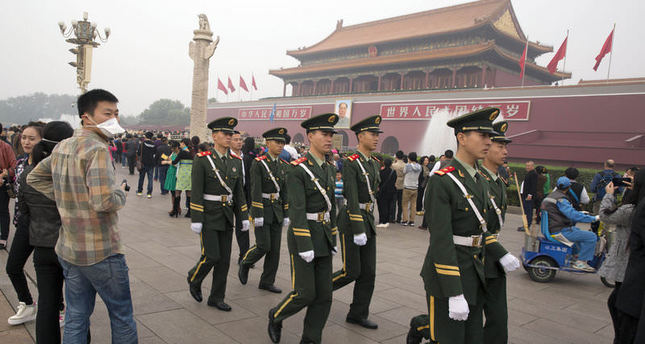 by Oct 28, 2014 12:00 am
China's Communist Party said on Tuesday it aims to prevent "external forces" intervening in Hong Kong and Macau, the official Xinhua news agency reported via its microblog.

The ruling party added it supported the chief executive of Hong Kong and his administration.

The financial hub and former British colony of Hong Kong has been rocked by a student-led civil disobedience movement called "Occupy Central" that demands full democracy, sparking clashes with police and other groups.