Japan nuclear plant gets approval to restart, over 3 years after Fukushima 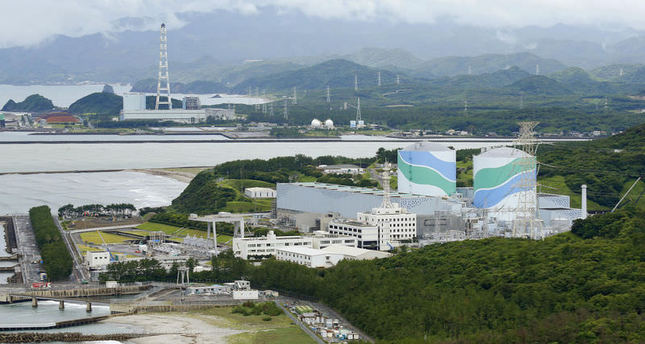 by Oct 28, 2014 12:00 am
A town in southwest Japan became the first to approve the restart of a nuclear power station on Tuesday, a step forward in Japan's fraught process of reviving an industry left idled by the Fukushima catastrophe in 2011.

Satsumasendai, a town of 100,000 that hosts the two-reactor Kyushu Electric Power Co plant, is 1,000 km (600 miles) southwest of Tokyo and has long relied on the Sendai plant for government subsidies and jobs.

The restart of Japan's first reactors to receive clearance to restart under new rules imposed since Fukushima is unlikely until next year as Kyushu Electric still needs to pass operational safety checks.

All 48 of the country's nuclear reactors were gradually taken offline following Fukushima, the world's worst nuclear disaster since Chernobyl in 1986.

An earthquake and tsunami struck the Fukushima Daiichi plant, 220 km (130 miles) northeast of Tokyo, sparking triple nuclear meltdowns, forcing more than 160,000 residents to flee from nearby towns and contaminating water, food and air.

Japan has been forced to import expensive fossil fuels to replace atomic power, which previously supplied around 30 percent of the country's electricity.

Prime Minister Shinzo Abe's government is pushing to restart nuclear reactors, but has said he will defer to local authorities to approve a policy that is still unpopular with large swaths of the public.

The restart divided communities nearest to the plant, pitting the host township that gets direct benefits from siting reactors against other communities that do not reap the benefits but say they will be equally exposed to radioactive releases in the event of a disaster.

In Ichikikushikino, a town less than five km (three miles) from the Sendai plant, more than half the 30,000 residents signed a petition opposing the restart earlier this year.

In the lead-up to the local vote, officials held town halls in neighbouring towns to explain the restart, where some residents complained that the public meetings were restrictive and did not address concerns about evacuation plans.

A fire broke out at Kyushu Electric's other nuclear plant on Tuesday, Kyodo News reported. The fire started in an auxiliary building of the idled nuclear station and was extinguished by plant workers, the agency said. There were no injuries and no release of radioactive materials, it said.