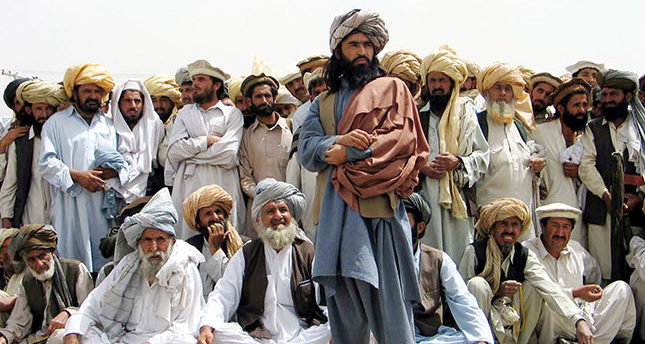 by Associated Press Dec 06, 2014 12:00 am
Pakistani soldiers killed a top al-Qaida operative Saturday who was indicted in the U.S. for his alleged involvement in a plot to bomb New York's subway system, the military said in a statement.

The death of Adnan Shukrijumah is the latest blow to the terror organization still reeling from the 2011 killing of leader Osama bin Laden and now largely eclipsed by the self pro-claimed Islamic State in Iraq and al-Sham (ISIS) group. It also marks a major achievement for the Pakistani military, which mounted a widespread military operation in the northwest this summer.

The military announced Shukrijumah's death in a statement, saying that he was killed along with two other suspected militants in Pakistan's South Waziristan tribal area early Saturday. South Waziristan is part of the mountainous territory bordering Afghanistan that is home to various militant groups fighting both in Afghanistan and Pakistan.

"The al-Qaida leader, who was killed by the Pakistan army in a successful operation, is the same person who had been indicted in the United Stated," said a senior Pakistani army officer, who spoke on condition of anonymity as he was not authorized to talk to journalists.

As al-Qaida's head of external operations, the 39-year-old Shukrijumah occupied a position once held by September 11 mastermind Khalid Sheikh Mohammed. The FBI lists Shukrijumah, a Saudi national, as a "most wanted" terrorist and the U.S. State Department had offered up to a $5 million reward for his capture.

After the September 11 terror attacks, Shukrijumah was seen as one of al-Qaida's best chances to attack inside the U.S. or Europe, captured terrorist Abu Zubaydah told U.S. authorities. Shukrijumah studied computer science and chemistry at a community college in Florida and is thought to be the only al-Qaida leader to have once held a U.S. green card. He lived in Miramar, Florida, with his mother and five siblings.

There was no immediate comment from the U.S. to the news of Shukrijumah's death.

The United States has been pushing Pakistan for years to launch an operation in North Waziristan, the last area of the tribal region bordering Afghanistan where the Pakistani military had not forcefully moved to root out militants. The military says they have killed 1,200 militants in the North Waziristan operation and cleared 90 percent of the territory.

"They seem to have developed a strong intelligence networks in the tribal areas," he said.