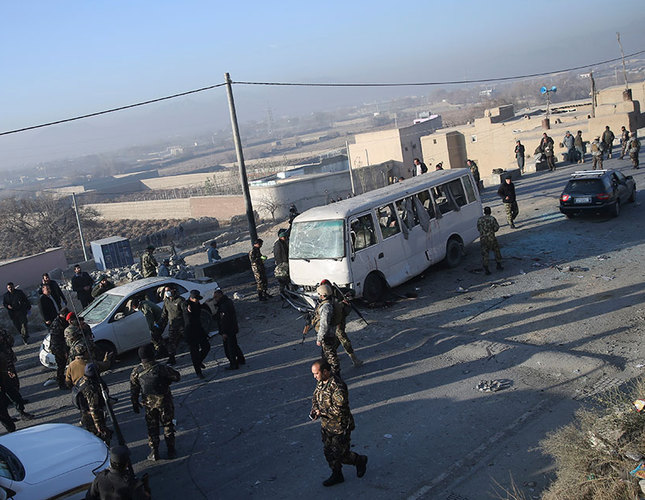 by AA Dec 13, 2014 12:00 am
At least 65 suspected Taliban militants were killed and 44 others were injured in clashes in six provinces of Afghanistan in the last 24 hours, Afghan authorities said Saturday.

Security forces added that they arrested 12 militants and diffused 78 landmines.

The Ministry of Interior said in a statement that police also killed 11 militants and wounded two others.

"Afghan National Police conducted several anti-terrorism operations in Baghlan, Kunduz, Faryab, Ghazni, Paktika and Herat provinces to clean some of the areas from terrorists and enemies of peace and stability of Afghanistan," the interior ministry statement said.

"Also, during these operations, Afghan National Police discovered and confiscated light and heavy rounds of ammunition," it added.
Taliban militants dismissed the figures as propaganda of the Afghan government.

NATO and the U.S. are preparing to withdraw combat forces from Afghanistan by end of 2014 after 13 years of war.