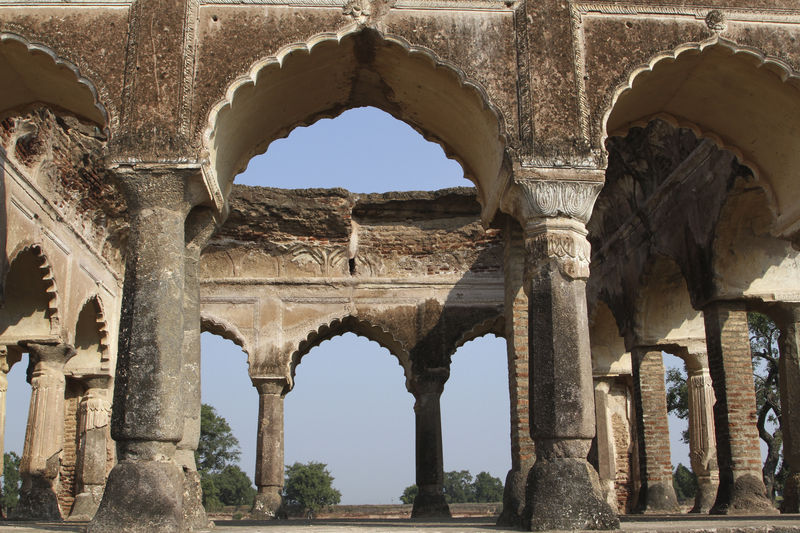 The India town of Burhanpur, the first burial place of Queen Mumtaz Mahal, the beloved wife of Shah Jahan, has abundant Islamic monuments and artifacts dating back to the 15th century. However, most of this rich cultural heritage is neglected

It is no secret that the Taj Mahal is a monument of love, built by a Mogul emperor as the final resting place for his beloved queen who died giving birth to their 14th child in 1631. What's less known is that the white-marbled tomb was not her first resting place after death. Queen Mumtaz Mahal in fact died some 900 kilometers away in central India's Burhanpur town and was buried there, in a rose-tinted sandstone pavilion in her favorite deer park. The once opulent and richly decorated pavilion is now a sad, crumbling ruin, thanks to neglect and apathy by authorities and Burhanpur's own 200,000 residents.

And it's not the only gem in the treasure chest of this town, which even most Indians could not identify on a map. Behind its dirty, unpaved streets and open garbage dumps, Burhanpur hides an abundance of magnificent Islamic monuments dating back to 15th century. Once an important trading and military outpost, Burhanpur slipped into margins of history in less than two centuries and is now nowhere to be found in any tourist advertisement. 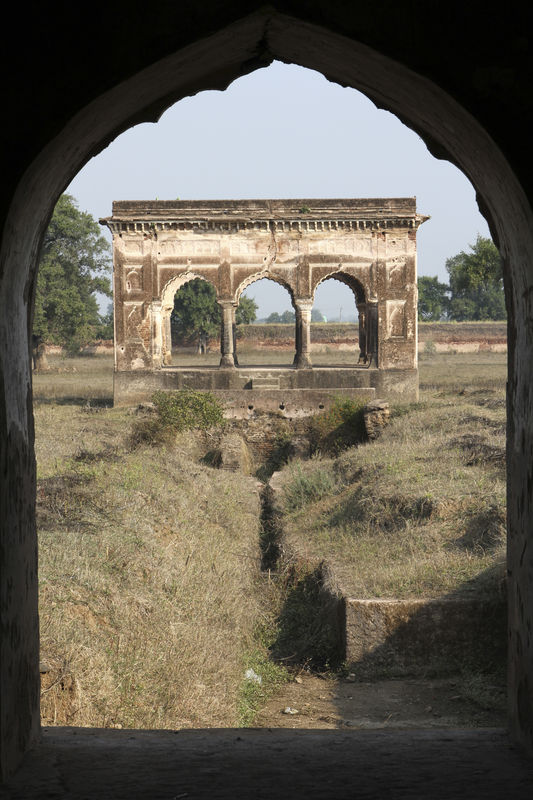 On a recent trip, we found in Burhanpur the ruins of a riverside palace; airy pavilions with intricately carved pillars; grand stone mausoleums with latticed windows that throw filtered beams of dusty light on the graves inside; a royal bath house with cheerful paintings of birds and flowers; austere and imposing mosques with incredibly fine calligraphy, and a fort on a cliff with a mind-boggling view of the undulating plains below. Each one of the town's treasures is a reminder of India's rich multicultural history and the contribution that about 800 years of Muslim rule made to the predominantly Hindu country's heritage.

Many of the monuments in the town are in utter neglect. Infrastructure as basic as toilets and roads to the sites is missing. Open drains run along some important tombs, which are ravaged by overgrown shrubs. Mountains of garbage greet visitors. "Every monument here tells a story. Every stone here says 'come to me and listen to what I have to say' but there is nobody to listen or to take care of them," lamented Hoshang Havaldar, 60, who has lived all his life in Burhanpur, and runs one of only two decent hotels in the town. 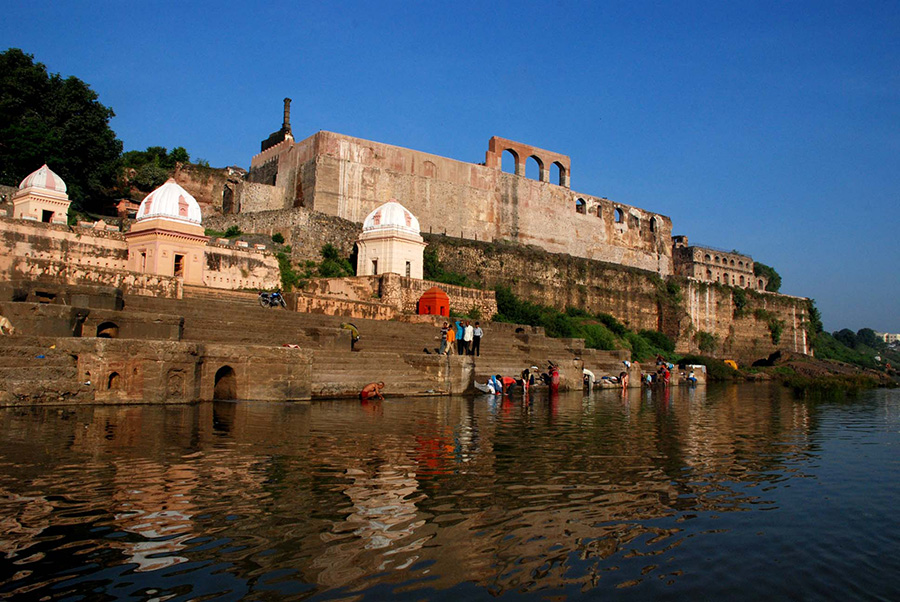 Burhanpur was ruled by the founding Faruqi dynasty from 1400 to 1599 and by the fabled Moguls from 1600, when Emperor Akbar conquered it. His grandson, Emperor Shah Jahan, ran his military campaigns against southern kingdoms from Burhanpur, accompanied by his wife Mumtaz. She died while giving birth to their 14th child and was buried in a pavilion facing a small palace in a deer park.

Today, the Ahukhana, as the park was called, and its two buildings are one of the most dilapidated among Burhanpur's treasures. The sprawling park is locked up with no caretaker. Its rusty metal gates are tied by a chain loose enough to leave enough space for humans or animals to slip through. The grounds are overgrown with shrubs and weeds. Wild goats and cows roam freely. All that remain of the one-story pavilion are pillars and walls, some art work on them still visible. Its ceiling is no more. For about six months, Mumtaz's body remained in the pavilion while Shah Jahan made plans to build the Taj Mahal on the banks of the nearby River Tapti. 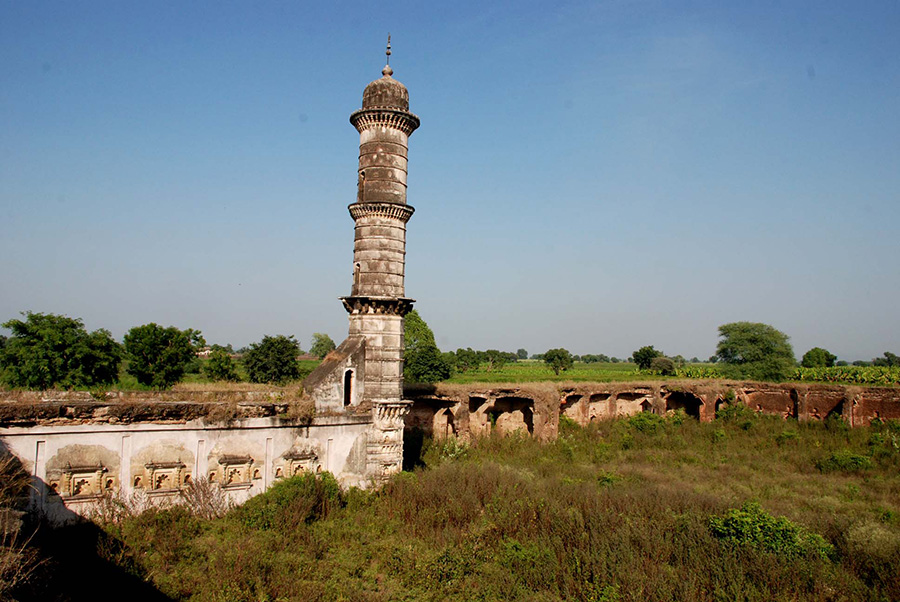 But unfortunately Burhanpur's geography, geology and hydrology conspired against his plans. According to historians, Shah Jahan wanted the monument to be of white marble, which was only available in the faraway Markana, making transportation difficult. River Tapti's breadth was a little narrow where he envisaged the mausoleum -- meaning it would not be reflected fully in the water on moonlit nights. Finally, the rock-bed just wasn't right to hold up a building of that mass. As it turned out, Agra on the banks of majestically wide River Yamuna and not too far from Markana, was the perfect choice.

Mumtaz's body was disinterred and taken to Agra, then the imperial capital of the Mogul empire that ruled India from 15th to 19th centuries. And so Burhanpur faded away. One of the most beautiful monuments in Burhanpur is the tomb of Bilquis Jahan, the wife of Shah Jahan's son. It is known as the Kharboozi Gumbaz, or Melon Dome, because of its distinctive dome and bulging walls that look like the fruit. An unimposing structure, it nevertheless stands out because of its shape and stunning interior -- every corner of its walls and roof is decorated with murals in floral pattern, its colors as fresh as they were centuries ago. But to get there we had to walk through a graveyard, where a horse lay dying in a ditch while little boys played nearby. 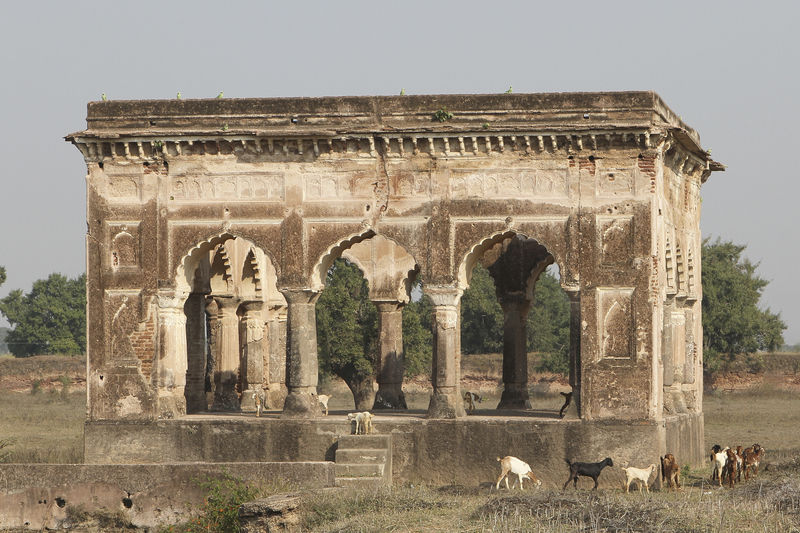 Burhanpur, located in Madhya Pradesh state, was the reason for our trip, but not the destination. Our 10-day trip cut an arc through the vast state, stopping at four other places of Islamic and Hindu culture that carried in their stone monuments stories of love, valor, devotion and sex. The last stop was the 10-11th century Khajuraho group of Hindu and Jain temples, a UNESCO World Heritage site.
Last Update: Mar 01, 2015 11:24 pm
RELATED TOPICS