N. Korea vows 'merciless strikes' against US and S. Korea 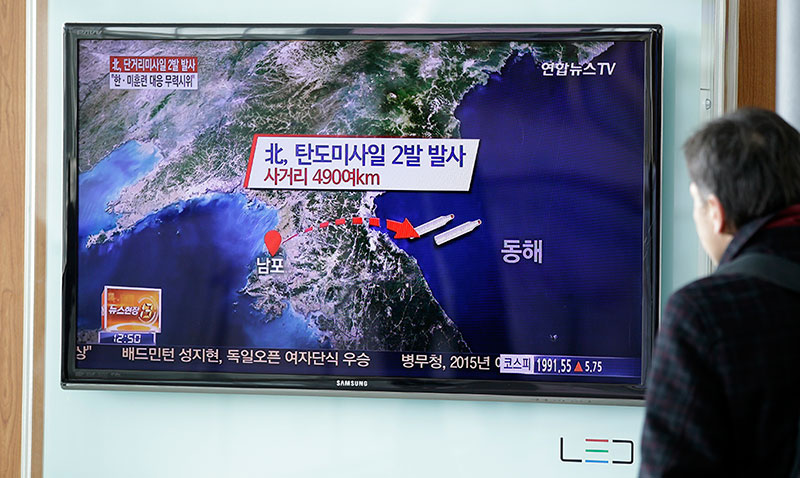 by Mar 02, 2015 12:00 am
North Korea on Monday fired missiles into the sea and vowed to carry out "merciless strikes" against the US and South Korea, as the allies launched annual large-scale joint military drills.

South Korea's Yonhap news agency reported the North had fired two short-range missiles into the East Sea ahead of the start of military exercises by Seoul and Washington that have enraged Pyongyang.

"The situation on the Korean peninsula is again inching close to the brink of a war," the official KCNA news agency said, quoting a spokesman for the Korean People's Army (KPA).

"The only means to cope with the aggression and war by the US imperialists and their followers is neither dialogue nor peace. They should be dealt with only by merciless strikes."

The largest element of the drills is Foal Eagle, an eight-week exercise involving air, ground and naval field training, with around 200,000 Korean and 3,700 US troops.

Seoul and Washington insist the exercises are defence-based in nature, but they are condemned by Pyongyang as provocative rehearsals for invasion.

"Our revolutionary armed forces will never remain a passive onlooker to this grave situation," the KCNA report said, adding that North Korea would respond in kind to any conventional, nuclear or cyber act of war against it.

"In case even a single shell drops on any place over which the sovereignty of the DPRK is exercised, it will promptly take counteractions."

Although its nuclear program remains shrouded in uncertainty, Pyongyang is currently believed to have a stockpile of some 10 to 16 nuclear weapons fashioned from either plutonium or weapons-grade uranium.

A new research report by US experts published last month estimated that North Korea could be on track to have an arsenal of 100 nuclear weapons by 2020.