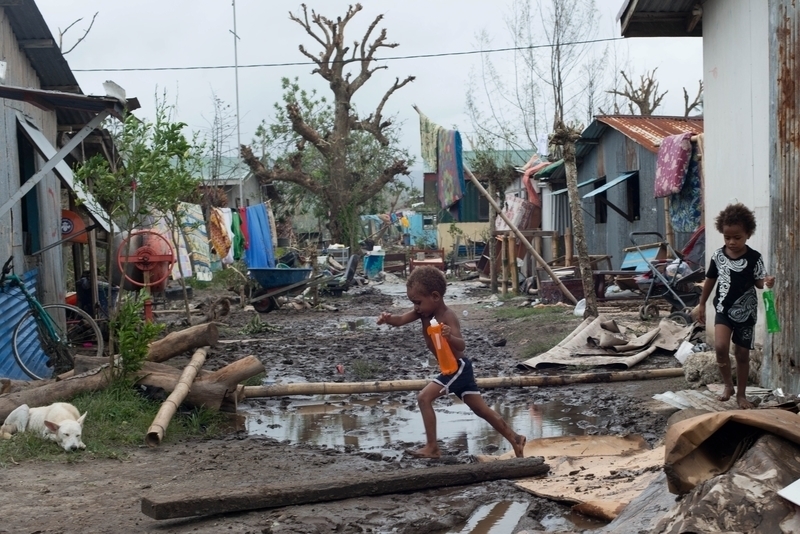 by Helen Mackreath Mar 15, 2015 12:00 am
A devastating cyclone has hit the state of Vanuatu leaving many of the population homeless.

Cyclone Pam, a category five storm, with winds of up to 300km/h (185mph), veered off its expected course and struck populated areas when it reached Vanuatu early on Saturday local time (+11 GMT).

A state of emergency has been declared in the tiny state of 267,000 people, which is spread over 65 islands. Vanuatu's president, Baldwin Lonsdale, has said that the cyclone has destroyed most of the buildings in the capital, Port Vila, including schools and clinics.

There have been eight deaths confirmed, with a further 20 people injured, and this figure is expected to rise. An estimated 103,000 people have been affected across the islands.