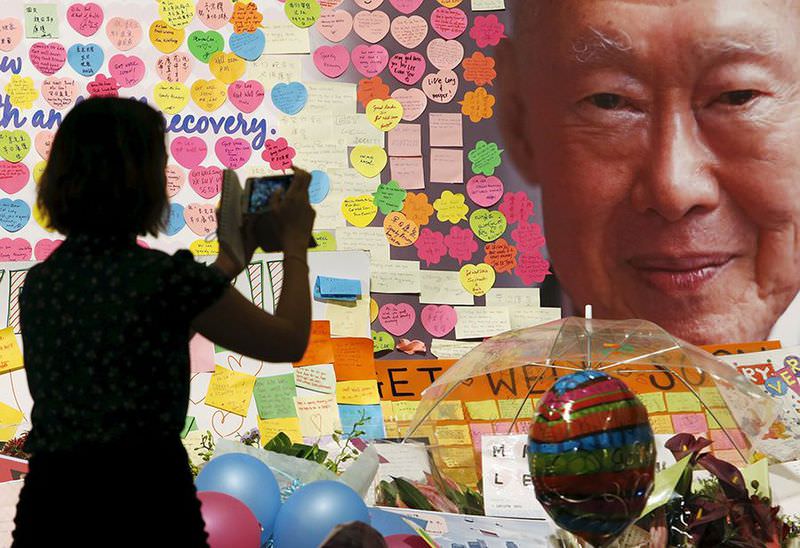 Singapore’s founding leader, Lee Kuan Yew who created a modern and wealthy country out of a sleepy British imperial outpost, died at 91, leaving the country with an uncertain future

Ahead of the celebrations of Singapore's 50th anniversary of independence as a prosperous city-state, Singaporeans were shocked by the death of their founding father, Lee Kuan Yew. Singapore Prime Minister Lee Hsien Loong declared on Monday seven days of national mourning to mark the passing of the 91-year-old father at Singapore General Hospital following a long illness. For the week-long national mourning, state flags on all government buildings will be flown at half-mast.

"He fought for our independence, built a nation where there was none, and made us proud to be Singaporeans. We won't see another like him," the country's PM said in an emotional televised address, as reported by AFP news agency.

The death of the country's founding leader has left many Singaporeans in tears with a deep sense of loss, while opponents of his long influence over the country's politics stated that it is time to break his authoritarian legacy.

The U.S. and China have paid tribute to Lee, who formed strong alliance with both countries.

"[Lee Kuan Yew] was a true giant of history who will be remembered for generations to come as the father of modern Singapore and as one of the great strategists of Asian affairs," the U.S. President Barack Obama said. Lee's views "were hugely important in helping me formulate our policy of rebalancing the Asia-Pacific", Obama said in a statement.

"He was, of course, a uniquely astute analyst and observer of Asia, and it is largely through his life's work that Singapore became one of the United States' strongest strategic partners in the region," the U.S. State Secretary John Kerry said in a press statement.

As an ethnic-Chinese leader of a largely ethnic-Chinese nation, he praised China's increasing role in global and regional politics, while building strong ties with China. Chinese President Xi Jinping praised Lee as an "old friend of the Chinese people," and said the founding leader was "widely respected by the international community as a strategist and a statesman."

Japanese Prime Minister Shinzo Abe called Lee "one of the greatest leaders of modern times that Asia has ever produced" and said: "He was highly revered all over the world."

Prime Minister David Cameron noted that Lee was "sometimes a critical" friend of Britain, but stressed his "place in history is assured, as a leader and as one of the modern world's foremost statesmen."

Who was Lee Kuan Yew?

Lee Kuan Yew was the most pivotal figures of the past 50 years in Asia, and as the founding prime minister, run the city-state with great achievements. Lee served as prime minister from 1959 to 1990, leading the country to independence in 1965 after a stormy political union with Malaysia. The People's Action Party (PAP), which was co-founded by the former leader Yew, has won every election since its establishment.

The PAP currently holds 80 out of 87 seats in the parliament. He succeeded at combining global capitalism with a state-run economy and authoritarianism, while formulating the ways in which a small Asian country could prosper in a region saddled with political violence and poverty. The city-state has one of the world's highest per capita incomes. However, his authoritarian legacy and long tenure has led many opponents to raise their voices against violation of freedom of speech and assembly.