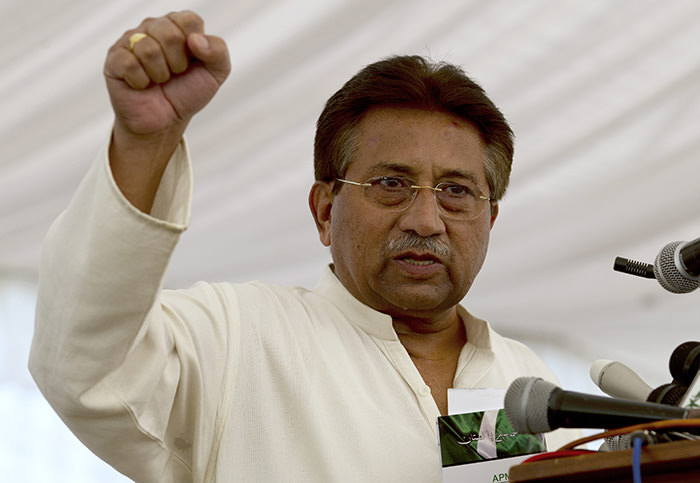 by Anadolu Agency Apr 02, 2015 12:00 am
A Pakistani court has issued a non-bailable arrest warrant against the country's former military ruler General Pervez Musharraf.

The order issued on Thursday relates to charges Musharraf is facing for the murder of the cleric of Islamabad's Red Mosque in 2007.

The mosque's Imam Abdul Rasheed Ghazi was killed during a crackdown order by Musharraf.

The court ordered police to arrest Musharraf if he did not appear before the court on April 27.

The former military ruler is facing charges in a number of murder cases and has missed several key dates on the pretext of bad health, despite attending political gatherings and giving TV interviews.
Last Update: Apr 02, 2015 11:01 am
RELATED TOPICS