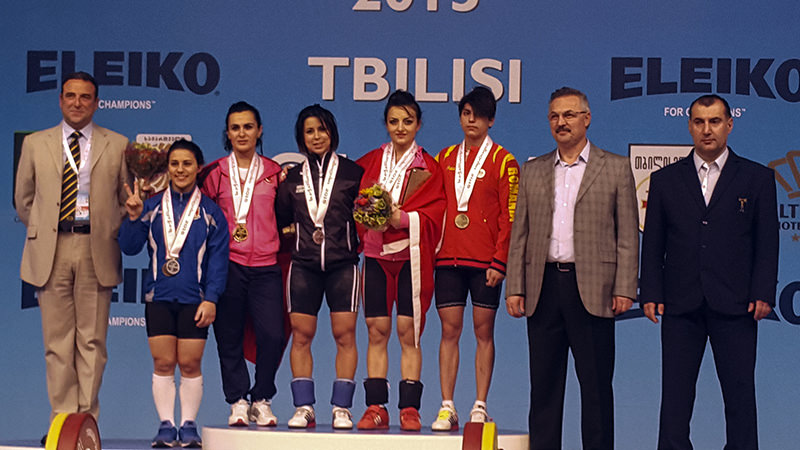 | AA Photo
by Anadolu Agency Apr 11, 2015 12:00 am
The Turkish Weightlifter National Team has won Saturday five medals - including three golds - in the European Weightlifting Championships being held in Georgia.

The other Turkish athlete, Nurcan Taylan, also competing in the 48-kilogram class, won the gold medal in snatch and silver medal in total.

Taylan snatched 81 kilograms. She lifted 97 kilograms in clan and jerk, coming fourth, while in total she was the runner-up with 178 kilograms.

The European Weightlifting Championships 2015 is being organized in Tbilisi, Georgia.

Ninety-six women and 136 men from 38 countries are competing in the Senior European Championships which began on April 9 and will end on April 18.