Over 100 Rohingya migrants from Myanmar found in Thai south 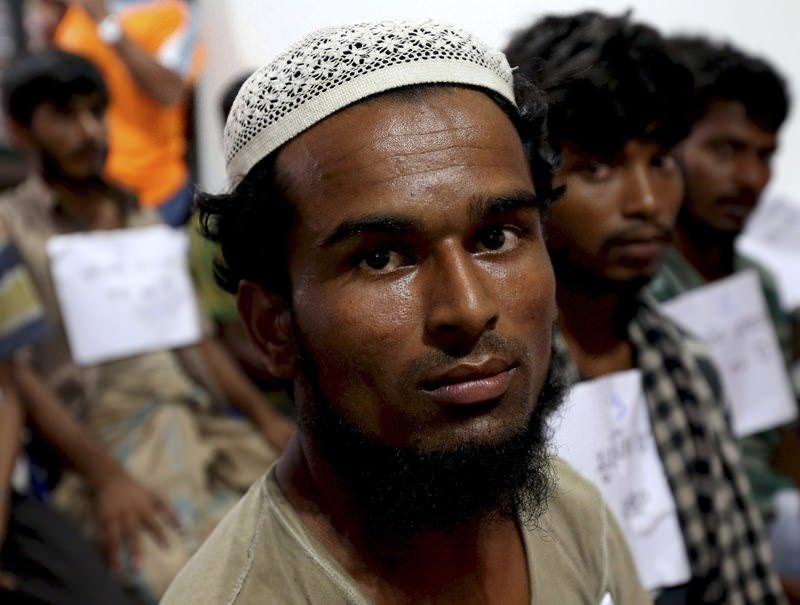 by Daily Sabah with Reuters May 08, 2015 12:00 am
More than 100 suspected Rohingya migrants from Myanmar and Bangladesh have been found in Thailand's southern Songkhla province, police said on Friday.

Police said the 111 migrants had been left alone in the jungle after suspected human traffickers who had brought them into the country fled.

"They were found on a mountain and, from our initial investigation, the people who brought them fled so they were wandering alone," Police Lieutenant Colonel Somkiat Ostaphun, deputy superintendent of Rattaphum police station, told Reuters.

Thai Prime Minister Prayuth Chan-ocha has called for a three-way meeting with neighbours Malaysia and Myanmar to try to resolve a regional human trafficking crisis following the discovery of a mass grave in the country's south.