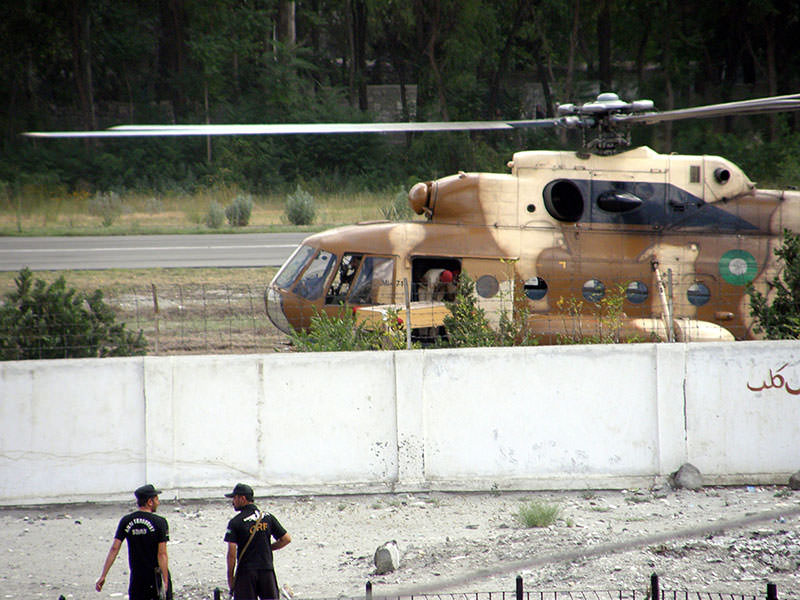 | EPA Photo
by May 08, 2015 12:00 am
A Pakistan military helicopter carrying diplomats to the launch of projects in northern Pakistan crashed on Friday killing six people, including the ambassadors of Norway and the Philippines and the wives of the ambassadors of Malaysia and Indonesia, the army said.

Prime Minister Nawaz Sharif was travelling to the mountainous northern region of Gilgit on a separate aircraft to launch two projects when the accident happened. He returned to Islamabad, his office said.

Military spokesman Asim Bajwa said in a Twitter post that as well as the four foreigners, the two pilots were killed.

He said the ambassadors of Poland and the Netherlands were among the injured.

Media said 11 foreigners and six Pakistanis were on board the MI-17, which crashed into a school Gilgit and caught fire.

Media said five foreigners and three Pakistanis were killed. Bajwa was not immediately available for comment.

He did not say why the aircraft had crashed.

Pakistani Taliban militants said they had shot down the helicopter with a shoulder-launched missile adding they had been hoping to shoot down Sharif's aircraft.

"Nawaz Sharif and his allies are our prime targets," Taliban spokesman Muhammad Khurasani said in an emailed statement.

The militants do no operate in the Gilgit area and they often claim responsibility for incidents that they had nothing to do with.