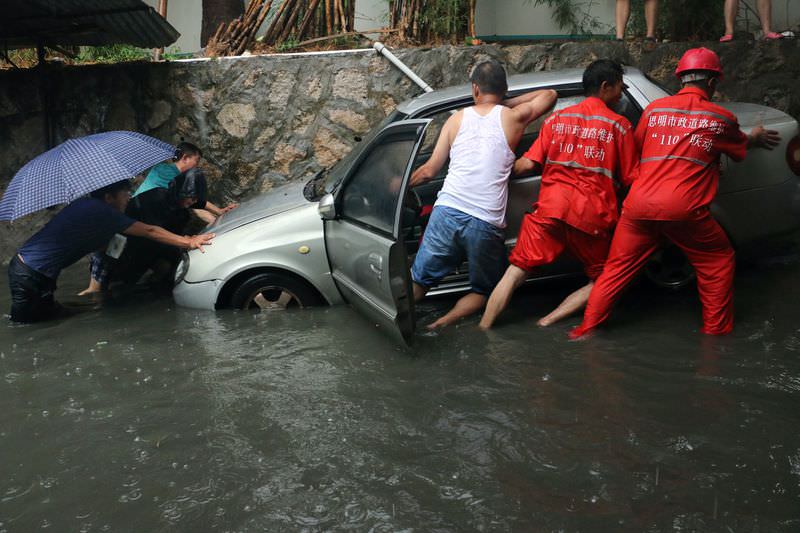 by Daily Sabah with Wires May 21, 2015 12:00 am
At least 15 people have been killed and thousands more forced from their homes caused by flooding in southern and central China and more rain has been forecasted for coming days, officials said on Thursday.

Authorities said that Jiangxi province has been hit the hardest, with eight people killed and 65,000 displaced. Just to the south, the Guangxi region suffered five deaths with six other people listed as missing.

Two other deaths were recorded in the Hunan province, one of China's main rice producers, where 2,000 other people were moved to shelters. Fujian evacuated 17,000 people from danger areas, but no one was reported dead or missing in the coastal province.

Heavy rain forced the delay or cancellation of hundreds of passenger flights as flood waters in some areas rose to more than 2 meters (6 feet).
Last Update: May 21, 2015 8:48 pm
RELATED TOPICS