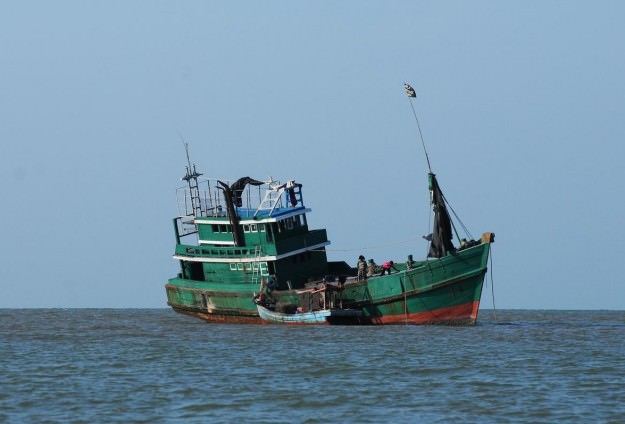 Indonesia's Foreign Ministry says it is awaiting the results of an investigation into claims that the Australian navy paid people traffickers to return to Indonesia after they were discovered attempting to transport a shipment of people to New Zealand.

"The information we got was that each of the crew was paid $5000 [to leave]," Arrmanata said.

"We will decide further action depending on the investigation result. If it's true, it is of great concern," he added.

He said the ministry has contacted police on the Indonesian island of Rote, where the boat eventually washed up.

The Sydney Morning Herald reported Wednesday that the boat -- containing 65 Bangladeshis, Sri Lankans and Rohingya Muslims, all of whom were seeking asylum in New Zealand -- was intercepted by Australian navy and customs officials in late May.

Migrants who were on board the vessel said that the crew were also supplied with two new boats to transport them back to Indonesia.

"We were given money [by Australia], but only the crew of the boats received it," Kayuran -- a Sri Lankan -- told Kompas.com on Wednesay from a hotel in Kupang City in Rote, where the migrants have since been detained.

Foreign affairs spokesperson Nasir said that Indonesia would consider further action if the claims proved to be true, including lodging a protest note with Australia or summoning its diplomats in Jakarta.

"There was a pregnant woman and children on board the boat... That [Australia's alleged] action endangered people's lives because it occurred in the middle of the sea," he said.

"This a problem of humanity. We have to have empathy with other humans in trouble at sea."

"We'll make a presentation [to the representatives], and then they will see the ship that was used by the migrants," he said.

Hidayat said that the crew had told police that Australian naval troops had caught them on Pasir island - the maritime border between Indonesia and Australia - and sent them back to Indonesian waters.

"There is a person identified as Agus who [they say] gave them money," said Hidayat, adding that police are still investigating if the identity was genuine.

According to the testimony of the crew, Hidayat - who said he had never heard of such payments being made before - said that Agus came aboard the boat from the Australian navy ship before offering the money.

Hidayat said that the crew - who came from Manado and Ambon in Indonesia - were recruited by an "agent" who worked for a "big smuggler."

The migrants have since been placed in a temporary detention center, while the crew are to be tried on human smuggling charges.