At least 12 dead, zoo animals on loose after Georgia floods 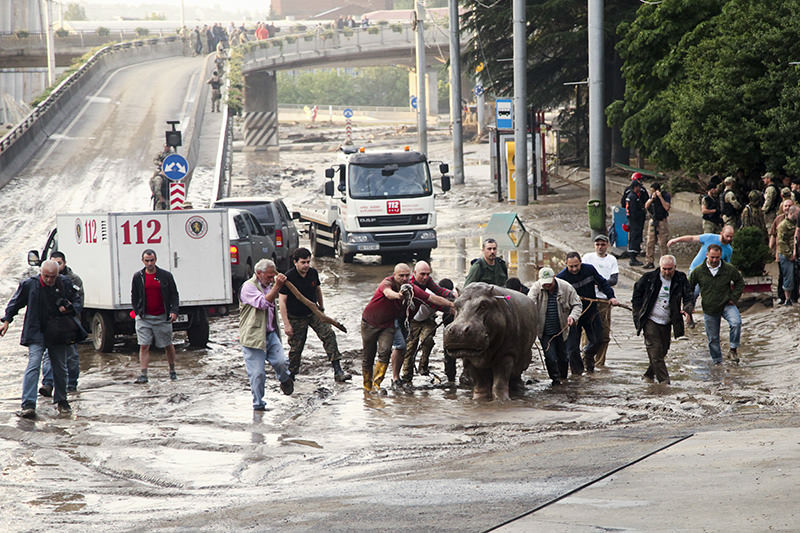 People help a hippopotamus escape from a flooded zoo in Tbilisi, Georgia, Sunday, June 14, 2015 (AP Photo)
by Daily Sabah with Agencies Jun 15, 2015 12:00 am
At least 20 people are still missing and an undetermined number of potentially dangerous animals are wandering the streets in the Georgian capital Tbilisi on Monday, after severe flooding hit the area and killed more than 12 people.

The government of the ex-Soviet republic said the death toll after the Vere River burst its banks on Sunday following hours of torrential rain stood at 12 on Monday morning.

The torrents also ravaged a zoo in the Georgian capital, with many animals including penguins drowning in the muddy waters.

Among the animals that fled the flooded zoo were lions, tigers, bears, wolves, a hippopotamus and one jaguar. Some, including the hippopotamus, were tranquilized and returned to the zoo. Others were shot by police, while more remain missing.

"The search for animals is still underway," Tbilisi zoo spokeswoman Mzia Sharashidze said, adding that some 300 animals had died.

Some animals including two bear cubs were found kilometres away from the zoo and returned to their enclosures on Monday.
The disaster left dozens of families without homes, wiped out several roads in central Tbilisi and seriously disrupted traffic. 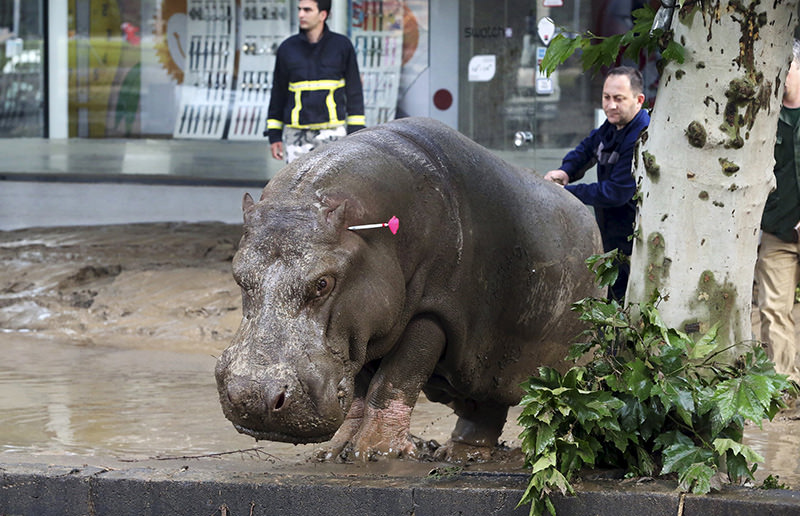 Some homes were swept away along with cars by the torrents, with the floods even washing coffins out of the ground in the city cemetery.

The Georgian government declared Monday a day off from work and school while the search for the missing and the cleanup work went ahead in Tbilisi, a city of 1.1 million people. 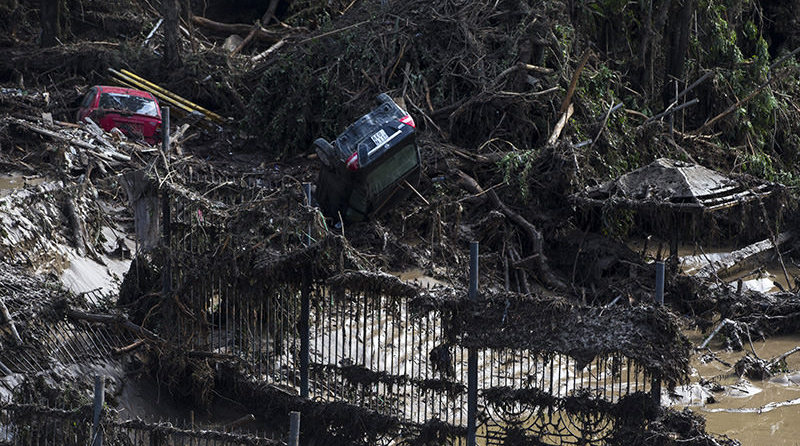