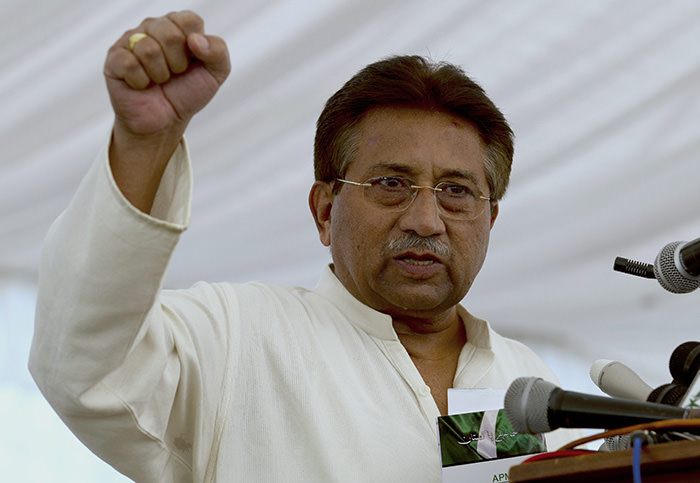 The judge, Kamran Basharat Mufti of the Islamabad district court, rejected Musharraf's request to be exempt from the hearing in the case of the murder of the cleric of Islamabad's historical red mosque.

Musharraf ordered a military operation against the once controversial mosque in 2007, leading to the deaths of over 100 students, including women, and prompting a series of retaliatory military attacks on security forces across the country.

Musharraf is also facing charges for murder for the deaths of former Prime Minister Benazir Bhutto and a provincial governor as well as high treason for imposing a state of emergency in 2007.

Despite the string of cases, Musharraf has only twice appeared in court, claiming that he is suffering from a heart condition.
Last Update: Jun 19, 2015 2:33 pm
RELATED TOPICS