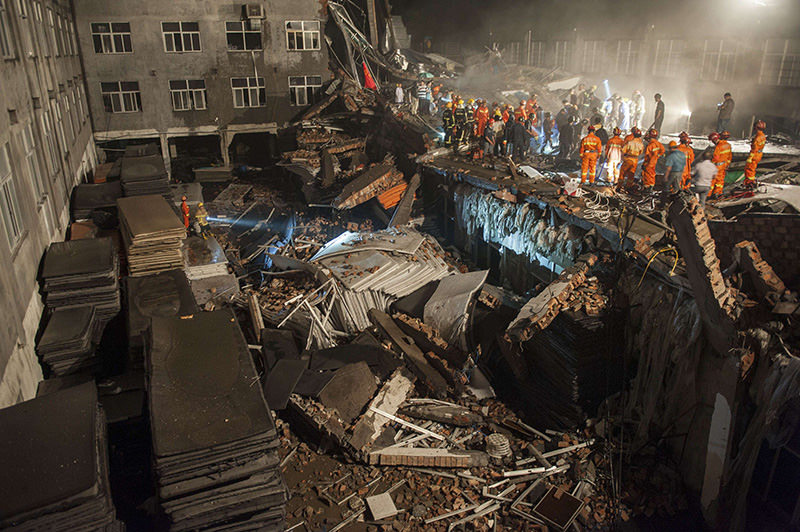 This photo taken on July 4, 2015 shows rescuers looking for survivors in the debris of a collapsed building in Wenling, east China's Zhejiang province (AFP Photo)
by Daily Sabah with AFP Jul 05, 2015 12:00 am
Eleven people died and at least 33 suffered injuries after a show factory collapsed in eastern China, state media reported Sunday.

More than 50 workers were in the building in the city of Wenling in Zhejiang province when it came down on Saturday afternoon, state-run China Central Television (CCTV) and the official Xinhua news agency reported.

Nine people managed to escape on their own and three were unaccounted for.

Xinhua said earlier the cause of the collapse was being investigated.

Building collapses and other industrial accidents are not uncommon in China, where many structures and facilities are old, safety procedures can be lax and rebuilding has not kept up with the country's remarkable economic growth.
Last Update: Jul 05, 2015 12:38 pm
RELATED TOPICS