North Koreans finding escape to South Korea harder than before 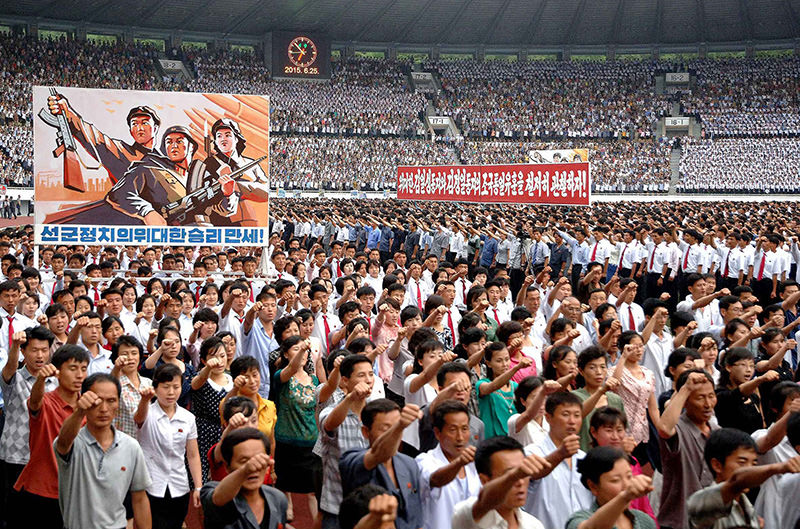 by Anadolu Agency Jul 05, 2015 12:00 am
Escaping the most isolated state in the world has never been easy -- but official data showed Sunday that getting out of North Korea has only become tougher under dictatorial leader Kim Jong-un.

The 32-year-old ruler assumed power after the death of his father, Kim Jong-il, at the end of 2011.

Since then, Pyongyang has been watched closely by international observers for signs of reform or rebellion -- instead, they have witnessed a power transition marked by a purge of officials and tightening of borders.

Kim's own uncle has been one of the most high-profile victims of the young leader's consolidation process -- but so too, it would seem, have thousands of would-be defectors.

Just under 1,400 North Koreans made it to the South last year, a drop of nearly 50 percent from 2011, according to Seoul's unification ministry -- supporting previous claims by refugees that border guards have been growing ever vigilant.

The data also revealed a startling gender gap, as more than 80 percent of 535 defectors who arrived in South Korea between January and May of this year were women.

Female North Korean refugees overtook men back in 2002, but the ratio has not been so one-sided since the 1990s -- when male escapees were in the significant majority.

Despite the North's notorious devotion to its leadership, practical issues such as poverty and famine have prompted hundreds of thousands of citizens to flee the state that was only established following World War II.

Defections have rarely taken place along the inter-Korean border, which is lined on either side by troops still on edge as a peace treaty was never agreed after the 1950-53 Korean War.

Seoul has recorded nearly 30,000 arrivals from the North, but many more are known to have been forced to hide in China, which also shares a border with the reclusive nation.

Beijing views escaping North Koreans as economic migrants and often repatriates those who are caught.

A life in a political prison camp back home -- or worse -- awaits those captured, according to the United Nations, which last month opened a new human rights office in Seoul to keep a closer eye on the North.