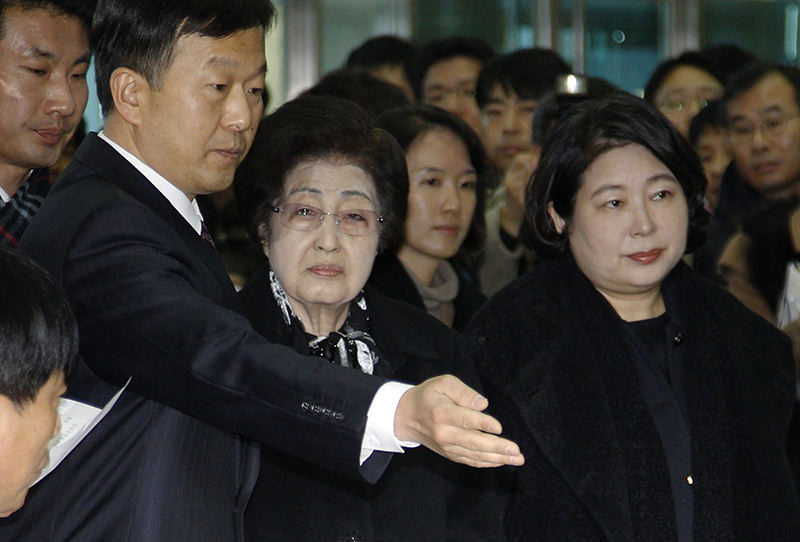 Lee was the South's first lady at a time of relatively warm inter-Korean ties, when her late husband Kim Dae-jung met with former North Korean leader Kim Jong-il in 2000 -- the kind of summit that few would forecast in 2015.

One of the representatives from the Kim Dae-jung Peace Center told reporters that they are hoping the plan "could serve as a good occasion to help improve inter-Korean relations and promote cooperation."

It is not yet known whether Lee will personally meet the North's current leader Kim Jong-un, but she has been given permission to fly across the heavily guarded inter-Korean border.

Citizens from both Koreas require approval in order to travel to either nation -- the two sides remain in a state of conflict as they never agreed to a peace treaty after the 1950-53 Korean War.

Lee's schedule as it has been revealed so far will take in a children's hospital in Pyongyang as well as Mt. Myogyang, north of the reclusive country's capital.

Whether the elderly former first lady can help broker peace is uncertain given that the North and South exchanged threats as recently as last month over various issues.

The fact that Pyongyang is open to the visit might be viewed as a positive in itself though, as North Korea pointed to poor bilateral ties when rejecting an approach by the Kim Dae-jung Peace Center in April.

Lee had received a letter from the North's leader last year expressing hope that she might travel across the border in 2015.

North Korea is known to have been suffering from drought in recent months, and some analysts believe that Pyongyang may be more open to dialogue in return for humanitarian assistance.