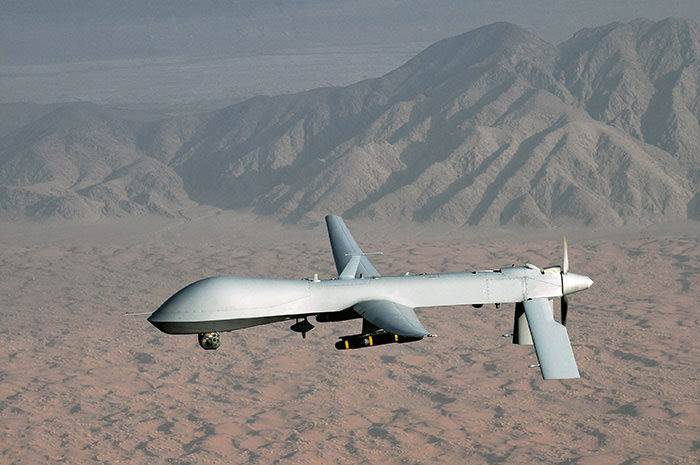 |AA Photo
by Anadolu Agency Jul 09, 2015 12:00 am
A United States drone strike has killed at least 52 purported self-proclaimed Islamic State in Iraq and al-Sham (ISIS) militants in Afghanistan, in the largest single attack on the group since the beginning of a U.S. campaign early this week.

The strike on Wednesday targeted fighters who claim to represent the Syria-based group in the eastern Nangarhar province on Wednesday, according to a statement from the Afghan eastern army command on Thursday.

The U.S. military has begun a string of air strikes against ISIS fighters in Nangarhar after the group announced its presence in the province last year.

On Tuesday, at least 49 ISIS fighters were killed in two separate drone strikes in the province as they were preparing to attack rival Taliban militants.

There have been a string of violent clashes between the two groups, especially in Nangarhar province where so-called ISIS fighters have managed to push the Taliban out of two districts in recent months.

They have also reportedly taken control of parts of five districts in Nangarhar, according to an Afghan official, and established contact with the ISIS leadership in Syria.

The group's fighters are thought to be former Taliban fighters who have re-branded themselves following the territorial victories won by ISIS in Iraq and Syria in the past year.
Last Update: Jul 09, 2015 12:35 pm
RELATED TOPICS