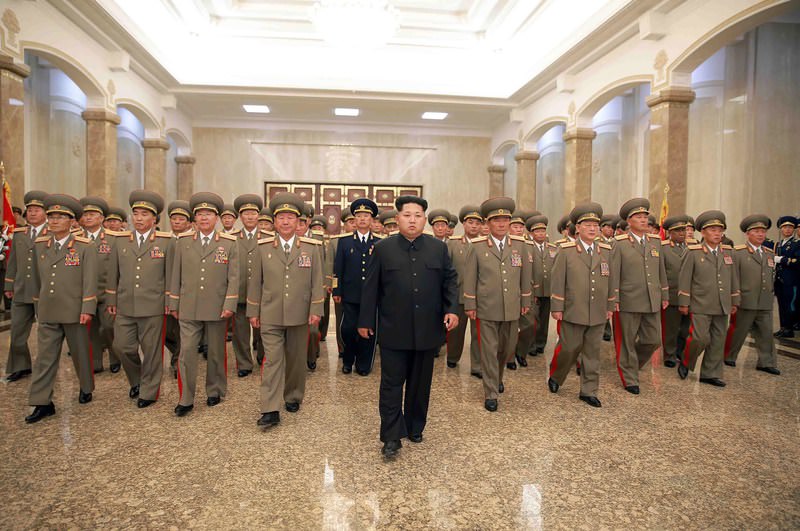 by Daily Sabah Aug 01, 2015 12:00 am
The North Korean leader Kim Jong-Un on Friday allegedly said that he 'was ready to go to war with the U.S. and the 'puppet'" South Korea during the ceremonies marking the 62nd anniversary of armistice which ended the Korean War of 1950-1953.

According to a report by Pravda , the official newspaper of the Communist Party of the Russian Federation, the North Korean leader said "Gone forever is the era when the U.S. imperialists blackmailed us with nukes. Now that the U.S. is no longer a source of threat and fear for us, we are the very source of fear for it," during the North Korean Air Force's drills as part of the anniversary ceremony.

North Korea has been in a precarious and unpredictable military and political situation ever since the death of its previous leader Kim Jong-il in 2011. The country has also been randomly testing ballistic missiles and conducting military exercises near the demilitarized area between it and South Korea.