Australia reveals more than 600 asylum seekers turned back at sea 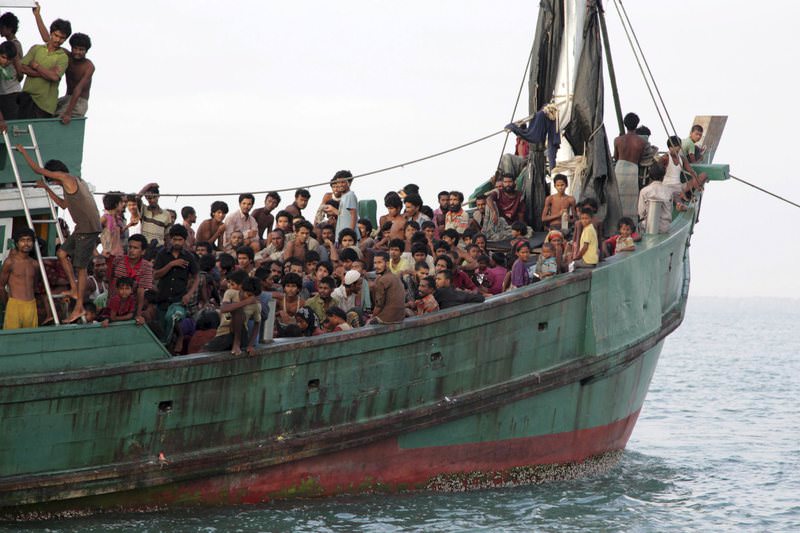 by Aug 08, 2015 12:00 am
Australia has turned around more than 600 asylum seekers trying to reach its shores on 20 separate boats since enacting controversial new border controls in December 2013, Immigration Minister Peter Dutton said on Thursday. Australia has vowed to stop asylum seekers reaching its shores, turning boats back to Indonesia when it can and sending those it cannot to camps in impoverished Papua New Guinea and Nauru in the South Pacific for long-term detention.

The United Nations and human rights groups have criticised Australia over its tough asylum-seeker policies, which conservative Prime Minister Tony Abbott has further strengthened and defended as necessary to stop deaths at sea. In June, reports that Australia paid people-smugglers bound for Australia thousands of dollars to turn their boat back to Indonesia caused tensions with Jakarta, plunging relations to their lowest point in more than a year.

Australia's Department of Immigration routinely does not comment on "on water" operations, so Dutton's announcement provides the most complete picture to date of the scale of the turn-back operations. "The fact that today we celebrate that we have not had a successful people smuggling venture in a year, and that over the course of the last 18 months or so we have turned back 20 boats and stopped 633 people from arriving in our country, is a significant achievement," Dutton told reporters in Sydney.

Asylum seekers have long been a lightning-rod political issue in Australia, although it has never received anywhere near the number of refugees currently flooding into Europe in an effort to flee growing instability in North Africa. Around 50,000 refugees arrived on roughly 800 boats under former Labor Party governments between 2007 and 2013, Dutton said, underscoring the sharp decline since the turn-back policy was enacted. "I think the important point to remember in all of this is had those 20 boats arrived, 200 boats or 2,000 boats would have followed them," Dutton said.

Last month, a small vessel carrying asylum seekers from Vietnam was intercepted off Australia's remote west coast, the first boat carrying would-be refugees spotted that close to shore in two years. The 46 asylum seekers onboard were returned to Vietnam as a result of bilateral negotiations, Dutton said. No one processed for asylum in Nauru or Papua New Guinea is eligible to be settled in Australia, even if they are found to be a genuine refugee, under the harsh policies introduced by former Prime Minister Kevin Rudd.