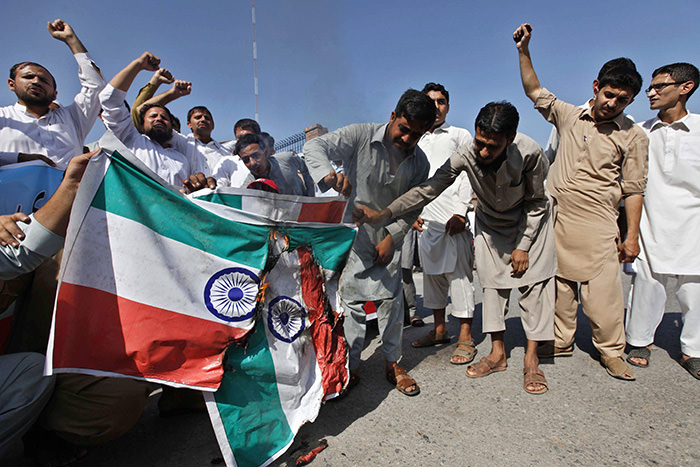 Both sides claimed the other initiated the firing.

Pakistan said six civilians were killed and 46 injured by "unprovoked" small arms fire and shelling near northeastern Sialkot district. Women and children were among the casualties, the Pakistan army's media branch said.

India's Border Security Force said three civilians were killed and more than 16 wounded in shelling along the line dividing Indian- and Pakistani-controlled Kashmir.

"Initially, the Pakistan Rangers used small arms but later on mortars bombs were shelled on our posts and civilian areas after midnight on Friday," a spokesman said. "There was heavy retaliation on our side."

Pakistan later summoned the Indian High Commissioner to the Foreign Ministry to lodge a protest over the cease-fire violations. A statement from the ministry said 22 women were injured and that 10 of the wounded were in a critical condition.

There have been regular cease-fire violations along the border between the two countries. Following the last-minute cancellation of talks between the countries' national security advisers last week, relations have hit a low.

Kashmir, a Muslim-majority Himalayan region, is divided between India and Pakistan, who both claim the region.

The countries have fought three wars since they were partitioned in 1947, two over Kashmir.
Last Update: Aug 29, 2015 12:37 pm
RELATED TOPICS