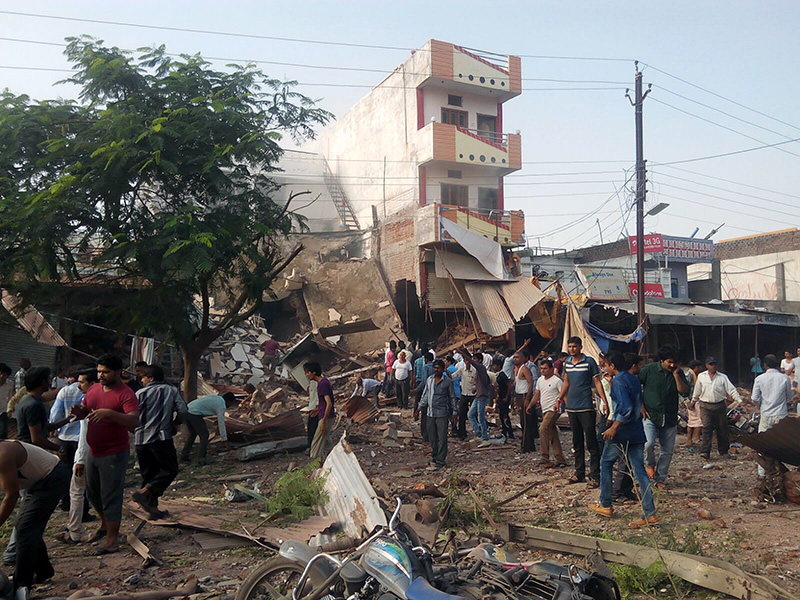 People gather around the site of an explosion at a restaurant in Jhabua district in the central Indian state of Madhya Pradesh (AFP Photo)
by Compiled from Wire Services Sep 12, 2015 12:00 am
At least 90 people have been killed and another 60 injured in a gas cylinder blast in a restaurant in the Jhabua district of the central Indian state of Madhya Pradesh on Saturday, said state and police officials officials.

The gas cylinder exploded as people were gathering for breakfast at the restaurant in the town of Petlawad in the state of Madhya Pradesh, about 800 km (500 miles) south of New Delhi, Inspector B.L. Gaur told Reuters.

Gaur said the restaurant was near an area which stored gelatine sticks used at construction sites.

"There was a second explosion, there were more casulaties," Gaur said, adding the blast was so powerful it damaged adjacent buildings and ripped out nearby windows.

Another 60 people were injured in the explosion, Gaur said.

Television footage showed a collapsed building and people searching for bodies in the rubble.