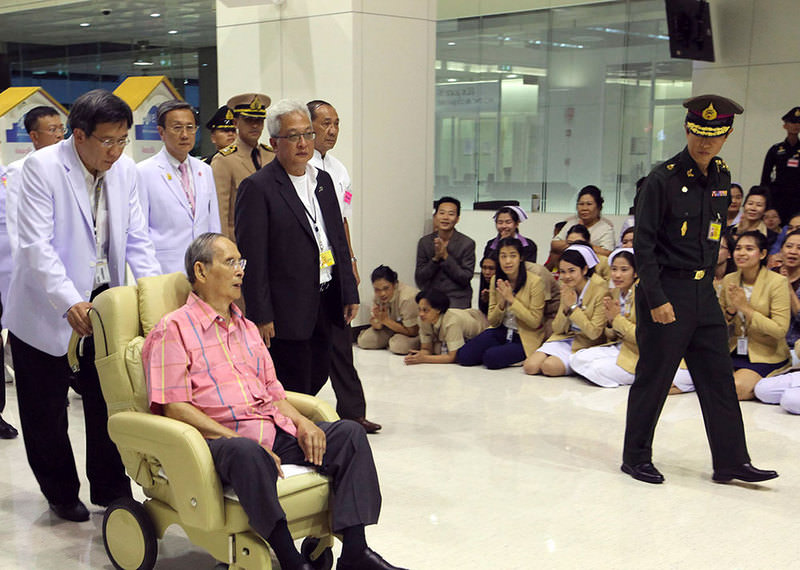 by Sep 22, 2015 12:00 am
The New York Times said Tuesday that its printer had refused to print the local edition of the international newspaper because it featured a front page article on the health of the ailing king.

The condition of 87-year-old King Bhumibol, the world's longest serving monarch, is a hugely controversial topic in Thailand.

The monarchy is shielded by one of the world's toughest lese majeste laws and prosecutions have increased dramatically since the military took over last year in a coup.

"Today's edition of the International New York Times was not printed in Thailand because it includes an article that our locally contracted printer deemed too sensitive to print," the newspaper said in a letter to subscribers in the kingdom.

"This decision was made solely by the printer and is not endorsed by the International New York Times," the paper added.

Local and international media have to routinely self-censor when reporting on the monarchy for fear of falling foul of the broadly worded law, which carries up to 15 years in jail for each count of insulting the king, queen, heir or regent.

The New York Times article, which ran to more than 1,300 words and was on the front page in its Asia edition, looked into the increasingly frail health of Bhumibol and anxieties inside Thailand over his chosen successor, Crown Prince Maha Vajiralongkorn, who does not enjoy his father's widespread popularity.

It also detailed many of the difficulties in writing about the royal family or gauging its popularity in a country where open debate about its role is all but impossible thanks to the lese majeste law.

King Bhumibol is perceived as a near-deity by many Thais and is often seen as a unifying force in a deeply polarized country with a turbulent political history.

In the last two years Bhumibol has been in and out of hospital. Public appearances have become increasingly rarer and information on his condition has been scarce.

But in recent weeks the palace has taken the unusual step of regularly updating Thais on the king's health with a series of statements detailing his current struggle with a lung infection.

Last week his youngest daughter Princess Chulabhorn was shown on television speaking about her father's frail health and taking part in a Buddhist prayer ceremony for ill people.

Bhumibol was also previously treated earlier this year for water on the brain and had his gall bladder removed last year.

He was last seen in public earlier this month when the palace released footage of the wheelchair-bound monarch visiting a shop near the hospital where he is convalescing as subjects on their knees chanted "Long live the King".

He fell ill with his lung infection shortly afterwards.