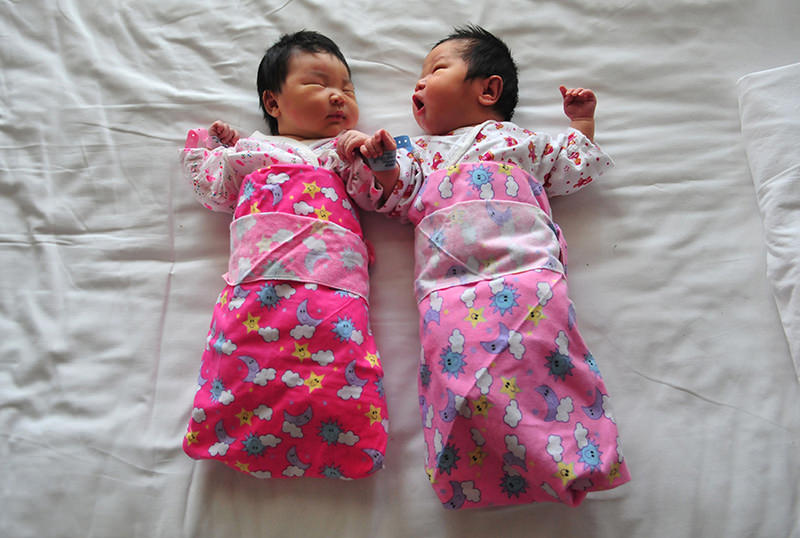 by reuters
Nov 02, 2015 12:00 am
China must continue to enforce its one-child policy until new rules allowing all couples to have two children go into effect, the top family planning body said.

The ruling Communist Party said last week that Beijing would loosen its decades-old one-child policy. The plan for the change must be approved by the rubber-stamp parliament during its annual session in March.

Several parents interviewed by Reuters were lukewarm about the idea of having a second child after the new policy was announced last week.

But e-commerce giant Alibaba Group Holding Ltd, which runs China's most popular online shopping websites and collects reams of data about consumers, said searches for books about conception and pregnancy leapt 100-times the day after the announcement and continued to grow.

The online statement by the National Health and Family Planning Commission contradicts a remark by a family planning official in the southern province of Hunan, who said last week that couples currently pregnant with a second child will not be punished, according to the Hunan Daily newspaper.

"Ahead of (ratification), all localities and departments must seriously implement the population and family planning laws and regulations currently in effect, maintain good order for births and must not act of their own accord," an unnamed official with the commission said in the statement.

About 90 million families may qualify for the new two-child policy, which would help raise the population to an estimated 1.45 billion by 2030, the planning commission has said. China, the world's most populous nation, had 1.37 billion people at the end of last year.

For decades, China harshly implemented the one-child policy, leading to forced abortions and infanticides across the country.

Beijing loosened the policy in late 2013, allowing couples to have a second child where one partner was an only child, but as of June, only 1.5 million of the 11 million eligible couples had applied to expand their families, the official Xinhua news agency has reported.

In a report on one of its websites on Saturday, Alibaba highlighted data showing that people with relatively high incomes in small cities were most interested in books about conceiving babies while the lowest level of interest came from "first tier" cities, which include Beijing and Shanghai. It did not say how many searches overall there had been.
Last Update: Nov 02, 2015 10:36 am