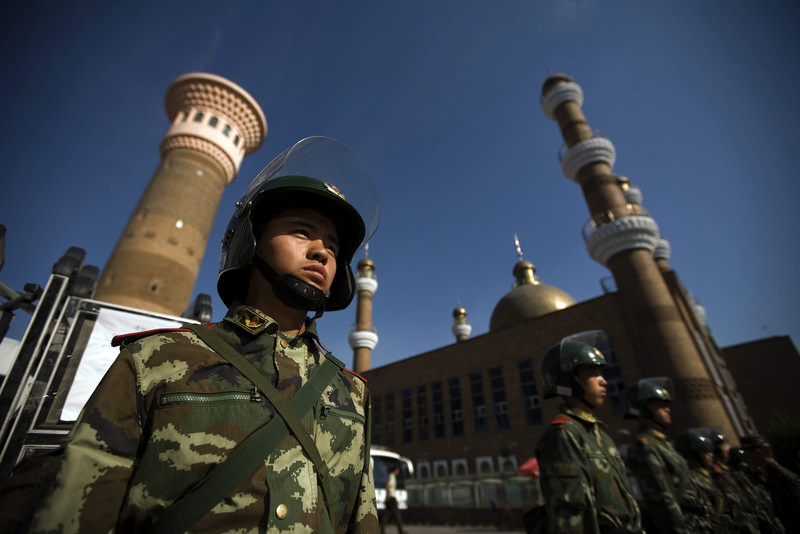 by Associated Press Nov 03, 2015 12:00 am
China plans to prosecute the former editor of the official Communist Party newspaper in the restive northwestern region of Xinjiang, with the party's watchdog body saying Monday that he was corrupt and out of step with government policy.

The Central Commission for Discipline Inspection said in a note on its website that Zhao Xinwei was guilty of serious violations of discipline, which usually means corruption.

Unusually, however, it also accused Zhao of failing to toe the party line on the fight against separatism, terrorism, religion, extremism and other sensitive issues.

Zhao "openly made statements opposing central government and autonomous region work instructions on major issues," the commission said. His words and actions were out of step with official policy and he deliberately "violated official decisions on media coverage in the region," it said. No details were given and it wasn't clear whether Zhao was accused of being too hard-line or not harsh enough.

While Beijing warns consistently about the threat of separatist violence by radicals from among Xinjiang's native Muslim Uighur (pronounced WEE-gur) ethnic group, it is also wary of further alienating the general Uighur population with offensive or condemnatory language.

Zhao had already been formally arrested. He has now been kicked out of the party and fired from his job, and his case will be sent for prosecution.

Xinjiang has been under heavy security since deadly riots in 2009 that pitted Uighurs against ethnic Chinese migrants. Those measures were tightened further following a wave of attacks in Xinjiang and other parts of China blamed on Uighur people adhering to Islam.

Party propaganda has been remarkably consistent in stressing security above all else, and the charges against Zhao likely concern his private behavior rather than any public statements or articles appearing in the newspaper he edited, said Nicholas Bequelin, Amnesty International's regional director for East Asia.

While the leadership in Beijing sets the general tone of policy, Xinjiang's remoteness and security concerns make it "a world unto itself" when it comes to personnel matters and internal politics, Bequelin said. That and the party's secretive nature make it difficult to ascertain motives, although Xinjiang authorities have traditionally erred on the side of toughness, he said. "Xinjiang authorities have always overplayed the threat of separatism and violence to cover up any mistakes," Bequelin said.
RELATED TOPICS