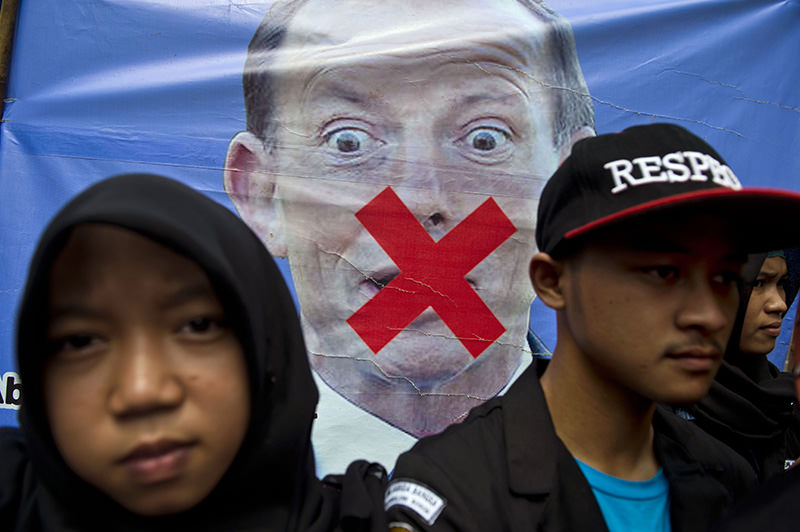 by Daily Sabah with AA Dec 10, 2015 12:00 am
Australian politicians and leaders from the Muslim world have struck back at former Prime Minister Tony Abbott after he called on the West to proclaim its "superiority" over Islam, condemning how such views fuel extremism across the board.

"Cultures are not all equal," he wrote in an opinion piece for Sydney-based The Daily Telegraph on Wednesday, calling "religious revolution" in order to not "remain in denial about the massive problem within Islam". Suggesting a cultural cringe has gagged critics of Islam, Abbott added that Australians must stop "being apologetic about the values that have made our country as free, fair and prosperous as any on Earth".

Prime Minister Malcolm Turnbull, who ousted Abbott in September, has responded to the comments by saying, "we must not do is play into the hands of our enemies and seek to tag all Muslims with responsibility for the crimes of a few." While saying that Abbott is "entitled to his opinion", he underlined, "the vast, vast majority of Muslims are as appalled by extremism and particularly violent extremism as we are." He added that "the leaders of the great Muslim majority nations and the largest one is our close neighbour, Indonesia, are especially appalled by it".

Meanwhile, opposition leader Bill Shorten has accused Abbott of using "inflammatory language" and called on Turnbull to "pull Tony Abbott into line" for seeking to divide the community. "Making assertions about cultural and religious superiority is entirely counterproductive," Shorten said in a statement.


Explain your 'superiority' to the millions of Africans, Native Americans, Aborigines you've enslaved and exploited! https://t.co/NDjJcc4Vp9

The founder of Australia's biggest Muslim media organization, Muslim Village, told Anadolu Agency that Abbott is "playing right into the hands of the extreme fringe of society that want to create an 'us and them' world full of fear and hatred".

Ahmed Kilkani cautioned that such circles -- be they "Islamic extremists or right wing Islamophobes" -- would use Abbott's comments in justifying their agendas. "I am not sure when Tony Abbott became a theologian of world religions but the issue is not with Islam as a faith," Kilkani asserted. "The issue is with a minute number of individuals perverting Islamic teachings to justify their own psychotic, mostly political, agendas."

Kuranda Seyit, Islamic Council of Victoria spokesperson, mocked Abbott's claims about Islam, describing them as so inaccurate they are "ridiculously comical". "To say that Islam has not adapted to modernity is preposterous," Seyit said, referring to Muslim scholars "debating issues from the place of women in religion, freedom of speech, ethics and principles around war, access to education, economic ethics of free trade, just to state a few". Seyit and others suggest that Abbott is "using Islam to make a political comeback".

He underlined, however, that "in this current climate of fear, we need to build cohesion and unity" rather than making "divisive and irresponsible comments" like those by Abbott.
Last Update: Dec 10, 2015 12:40 pm
RELATED TOPICS