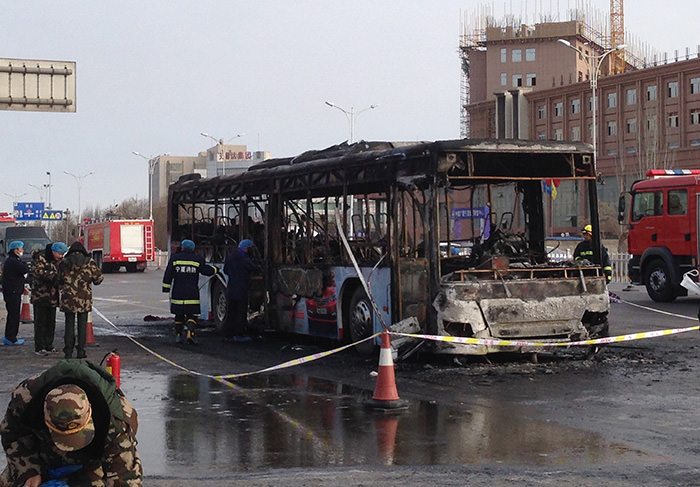 Firefighters work at an accident site of a bus fire in Yinchuan, the capital of Ningxia region, Tuesday, Jan. 5, 2016 (AP Photo)
by Anadolu Agency Jan 05, 2016 12:00 am
A packed bus has caught fire in north China, killing 14 people and injuring over 30 others.

State news agency Xinhua reported Tuesday that the bus was traveling from north to south in the country's northwest Ningxia Hui Autonomous Region's Helan County when it caught fire at 7 a.m. (0100GMT).

Ningxia fire brigade were reported as saying that outside of the dead, 32 people were injured in the blaze and rushed to hospital.

Investigators are attempting to determine the cause of the blaze.
Last Update: Jan 05, 2016 9:52 am
RELATED TOPICS