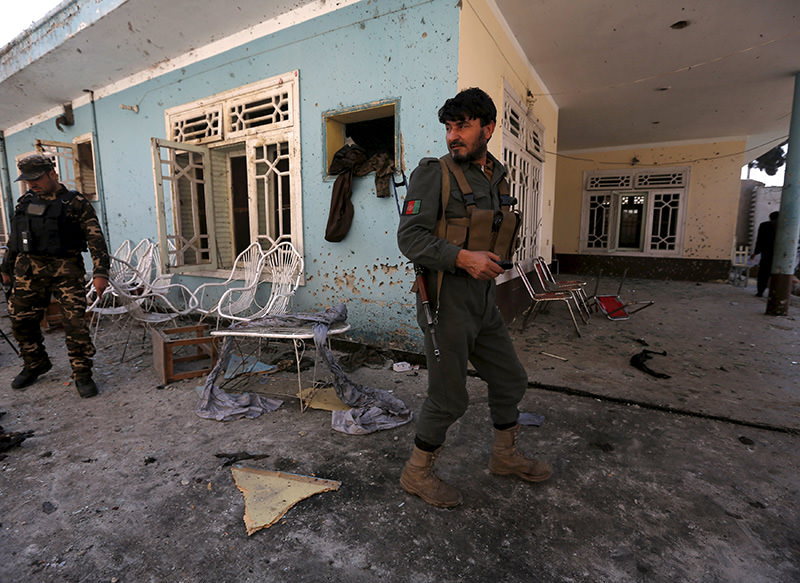 by Associated Press Jan 17, 2016 12:00 am
At least 13 people have been killed and 14 wounded in a suicide attack at the home of a prominent politician in the increasingly volatile eastern city of Jalalabad, an Afghan official said on Sunday.

The attacker detonated his explosives, which were secreted in his clothing, around 10:30 a.m. at the residential compound of Obaidullah Shinwari, said Ataullah Khyogani, spokesman for the Nangarhar provincial government.

Shinwari is a member of Nangarhar's provincial council and his family is active in local and national politics.

His father Malik Osman is an influential community elder in the Shinwari district near the Pakistan border who has spoken out against about the presence in the region of the Daesh group.

Khyogani said a guesthouse on the compound was crowded with people who had been invited to a family event.

"The number of casualties is likely to increase because there were so many people there," Khyogani said.

Enamullah Miakheil, spokesman for the Nangarhar Public Health Hospital, said that 13 bodies and 14 wounded people had been brought to the hospital so far.

President Ashraf Ghani condemned the attack, saying in a statement that as "terrorists lose their ability to fight Afghan forces on the battlefield, not they are carrying out terror attacks on residential areas."

The compound is close to the Pakistani consulate, targeted last week in an attack claimed by the Islamic State group.

No group has yet claimed responsibility for the Sunday attack, but a Taliban spokesman posted a message on Twitter denying Taliban involvement.

Jalalabad, the capital of Nangarhar, has seen the number of threats and attacks rise in recent months as the presence of Daesh has grown in the region.

Gunmen affiliated with Daesh have fought fierce battles with the Taliban, with Daesh taking control of at least four districts on the province's border with Pakistan.

In one of those districts, Achin, Shinwari's nephew Nasim is a former governor. Achin witnessed anti-Daesh group and anti-Taliban demonstrations on Saturday when hundreds of residents called for the central government to rid their region of the insurgents.

The attack comes a day ahead of a second round of high-level talks aimed at eventually brokering a peace deal between Kabul and the Taliban, who have been fighting for more than 14 years.

The talks will see representatives of Afghanistan, Pakistan, the United States and China meet to formulate a roadmap for a dialogue that will eventually, they hope, include Taliban representatives.

The first meeting of the group took place in the Pakistani capital Islamabad on Jan. 11. The Taliban have not been included in these meetings.

The meetings seek to revive a process that was derailed last July after the first and only face-to-face meeting between Afghan government and Taliban representatives in Islamabad. That initiative faltered when Kabul announced that the insurgent group's leader had secretly been dead for more than two years.