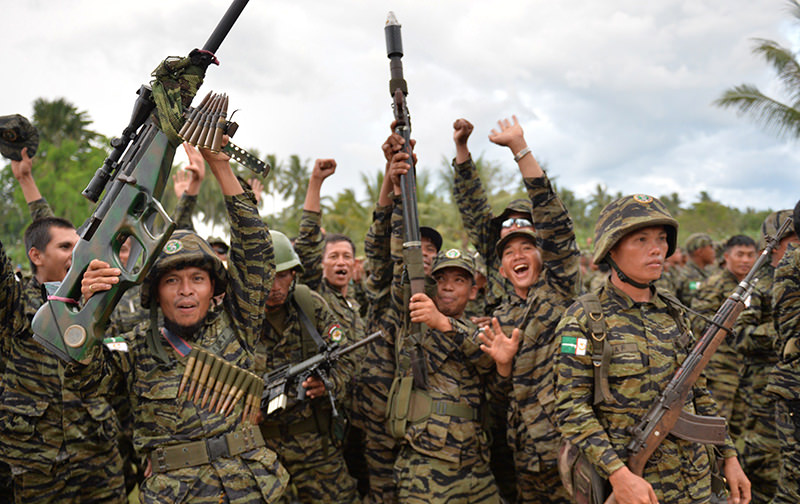 Prof. Miriam Coronel-Ferrer said in a statement that the creation of an autonomous Bangsamoro region would strengthen the peace process in Mindanao island, under which the Philippines' government and its one-time largest Muslim rebel group signed an agreement in 2014.

"The Comprehensive Agreement on the Bangsamoro and the draft Bangsamoro law are social justice measures, but from the global security perspective, these are also a containment measure against jihadist extremism," she said.

The appeal was made as session resumed Monday in the House of Representatives and the Senate, which is expected to tackle 34 urgent bills including the Bangsamoro Basic Law (BBL).

The law's expected passage has been delayed by at least ten months amid disagreements among lawmakers, who have nine full Senate session days before adjourning for the general election in May.

If ratified, the BBL would create a new region to replace the existing Autonomous Region in Muslim Mindanao and bring much needed wealth to a region that is among the country's most underdeveloped due to a decades-old conflict that has left around 120,000 people-mostly civilians-dead.

She reiterated the appeal "in view of the recent violence in Indonesia, which is so much closer to home."

On Thursday, eight people-including four Daesh-linked attackers-died and 30 people were injured in terror attacks on a shopping mall in central Jakarta.

The open letter issued in late November had cited a statement by National Security Adviser Cesar Garcia before Congress committee hearings, during which he said the BBL's passage could contribute to curbing the spread of extremism in Mindanao.

He had underlined that the Bangsamoro government in particular "would be able to help moderate Islamic leaders to counter the ideology of radicalism" promoted by Daesh and "steer the Muslim community away from Daesh influence."

According to Garcia, the peace process' completion would be positive in terms of national security by bringing an end to a serious internal armed conflict.

"[This will] essentially free up a significant component of the Armed Forces of the Philippines to shift resources to focus on external concerns, principally the protection of our external territorial integrity and maritime domain which is now being threatened," he said.

Earlier this month, the Philippines' presidential peace adviser, Teresita Quintos Deles, also called for the BBL's passage, underlining the need for democracy to "devalue brute force and violence" and dialogue to "discredit extremism's claim that there is no alternative to terror".

"The completion of the peace negotiations can show the global ummah [Muslim community] that even Muslim minorities can thrive and contribute to development through the mutually-beneficial interaction of distinct cultures," she said.

Deles stressed that the peace process-if successful-would demonstrate that an Islamic movement can address its grievances and pursue its interests through a legitimate mode of democratic political engagement, while protecting Muslim culture and identity and maintaining a country's territorial integrity and constitutional framework.

Lawmakers opposed to the BBL-led by Senator Ferdinand Marcos Jr., the son of Ferdinand Marcos who ruled the Philippines for 21 years-have also presented a substitute bill to Congress that includes amendments to around 80 percent of the original draft.