50,000 travelers stranded in stations ahead of China's Lunar New Year 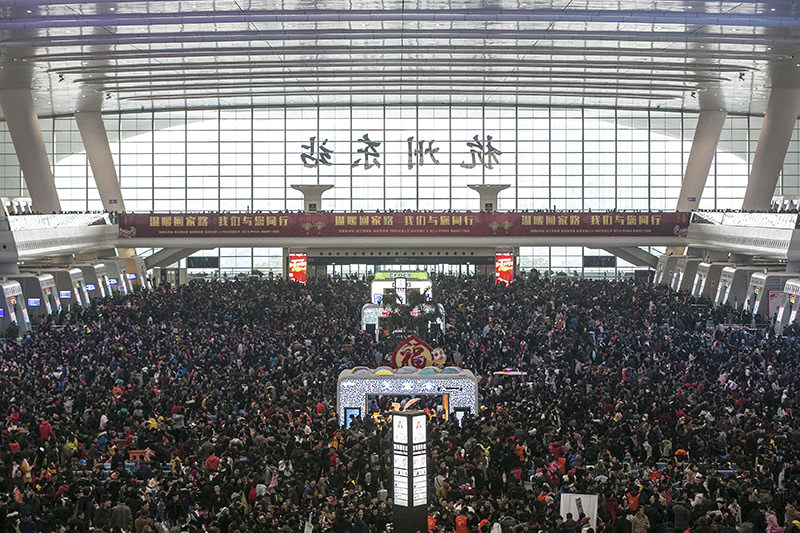 by Feb 02, 2016 12:00 am
Tens of thousands of Lunar New Year travelers in China were stranded Tuesday at a station in Guangzhou, state media said, after snow and ice elsewhere disrupted the world's largest annual human migration.

Many trains to the capital of the southern province of Guangdong were delayed after north and central China were hit by the big freeze, leaving no transport available for those waiting to leave.

Police said the numbers stuck at two of the city's main stations, Guangzhou and Guangzhou East, had totaled nearly 100,000 on Monday afternoon, prompting the mobilization of almost 4,000 police and security guards to maintain order. 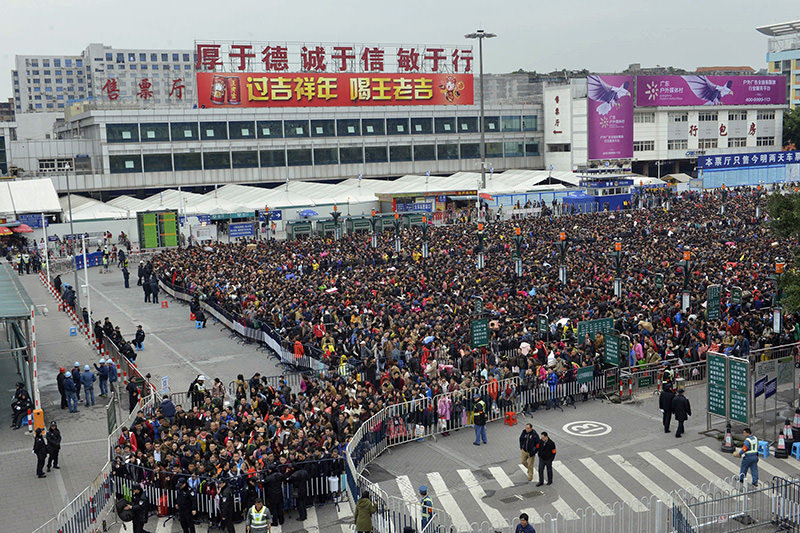 By lunchtime Tuesday Guangzhou station and its surroundings were still packed with more than 50,000 anxious travelers as 24 trains were behind schedule, the official Xinhua news agency reported.

As China's manufacturing powerhouse, Guangdong is a major hub for the vast numbers of migrant workers who leave their homes in the countryside to labor in factories.

Many only return home once a year, when tradition dictates that all family members must gather before midnight on the eve of the Lunar New Year which falls on February 8 this time.

The government estimated that 2.91 billion trips would be taken over the holiday's 40-day travel season, in what is thought to be the largest yearly movement of people in the world.

Much of China was struck by a teeth-chattering cold snap late last month that broke decades-old records, with snow falling in some areas for the first time in years.

The freeze also delayed 55 trains at a station in Shanghai, forcing around 30,000 travelers to wait for hours on Monday before they could get on board, according to state broadcaster China Central Television.

Guangzhou police warned of more train transport chaos to come as the bad weather was expected to continue.

Police urged passengers not to go to railway stations too far ahead of their train's scheduled departure time to avoid "waiting for overly long time" and "overcrowding the surrounding areas".
Last Update: Feb 02, 2016 3:11 pm
RELATED TOPICS