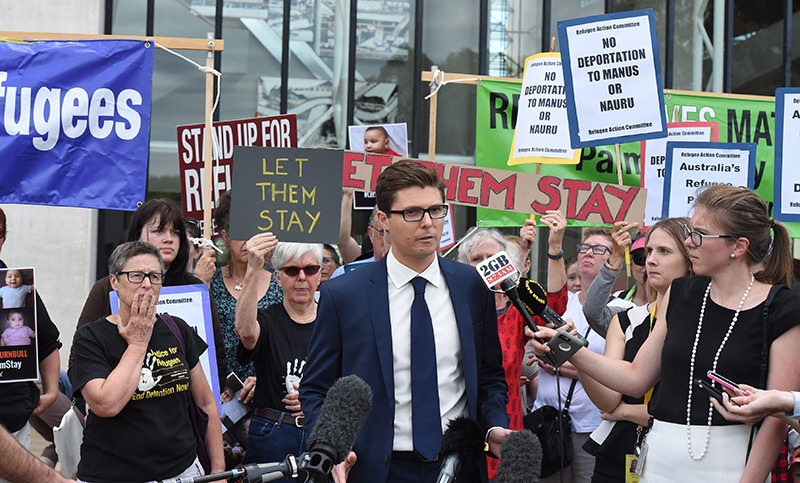 During his 1996-2003 tenure as immigration minister, Philip Ruddock, the second-longest-serving lawmaker in the Australian Parliament's 105-year history, implemented Australia's so-called Pacific solution to deter asylum seekers from attempting to reach Australia by boat.

The United Nations' refugee agency joined human rights groups in criticizing Australia for sending thousands of asylum seekers from the Middle East and Asia to Australia-funded camps in the impoverished island nations of Nauru and Papua New Guinea.

"He will also promote our broader human rights agenda, including global abolition of the death penalty, for which he has worked tirelessly over many years," Bishop said in a statement.

Ruddock, a long-standing member of Amnesty International who refused the rights group's request to stop wearing its lapel badge while asylum seekers were being deported, defended his role in implementing the government's tough policy, which stripped refugees of legal rights they would have enjoyed on the Australian mainland.

"No regrets," Ruddock told Sky News television Monday. "We have been studiously observing our obligations in relation to people who have a well-founded fear of persecution."

Ruddock will remain in Parliament until elections are held later this year. He will have spent 43 years in Parliament by September.

The offshore detention camps were closed after a center-left Labor Party government was elected in 2007. But the camps were reopened the following year after a resurgence in asylum seekers sailing for Australia in ever-growing numbers.