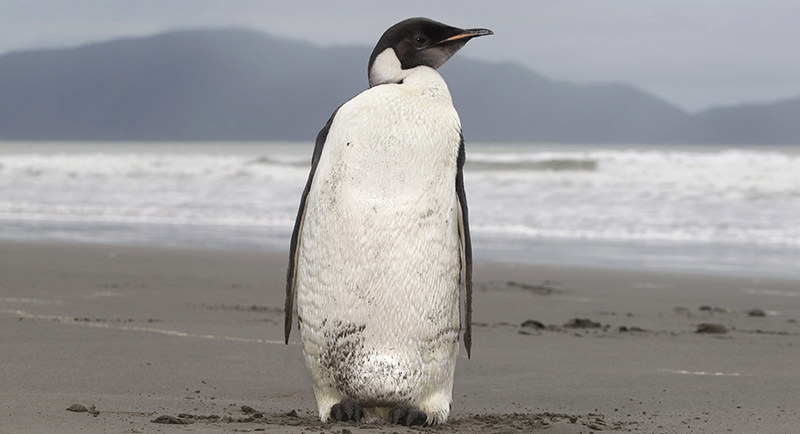 In this June 21, 2011 file photo, an Emperor penguin is seen on Peka Peka Beach of the Kapiti Coast in New Zealand (AP Photo)
by Feb 12, 2016 12:00 am
Two Australian teens were charged with slaughtering nine penguins on Tasmania's northern coast, police said Friday.

Penguins are a protected species in Australia. The two suspects were 18 and 15 years old, Tasmania police said.

A local volunteer said the animals may have been shot with arrows.

"My wife found some arrows along the side of the beach. They were the same size as the holes on the penguins," Frank Wilson, president of the Sulphur Creek Coastcare group, said.

"The Parks and Wildlife forensics are looking into it, but we haven't really heard any confirmation."

Wilson also said there were witnesses to the killing of the penguins that were later found wrapped in plastic bags.

He said it was the first time the community had witnessed such an incident.
Last Update: Feb 12, 2016 8:59 am
RELATED TOPICS